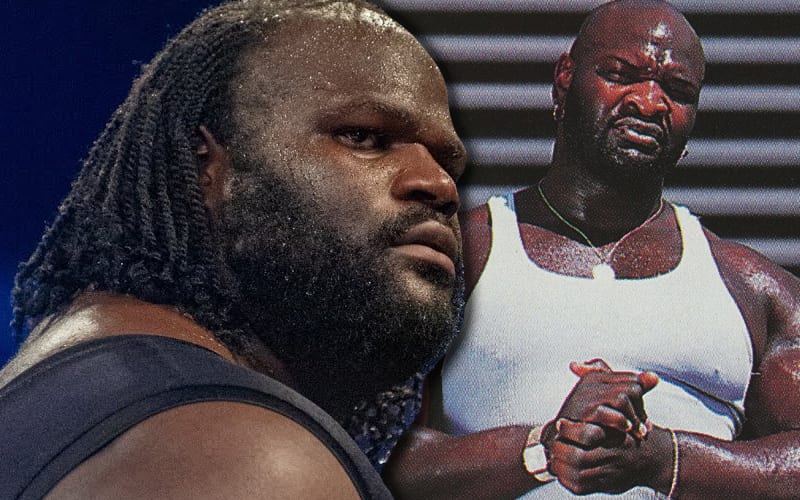 Ahmed Johnson made headlines when he called Mark Henry “Magilla Gorilla.” That is not a nickname that the World’s Strongest Man appreciated.

During Busted Open Radio, Mark Henry had an opportunity to fire his own shots at Ahmed Johnson. He explained that nobody has ever had anything good to say about Ahmed Johnson. He also defended D’Lo Brown from accusations that he was careless and caused Darren Drozdov’s career-ending neck injury.

“Take a guy like Ahmed Johnson, who has never had a good thing said about him in pro wrestling by anyone. I just wanted to defend D’Lo Brown. He said that, in that article, he said that D’Lo Brown was dangerous and that D’Lo Brown ended Darren Drozdov’s career and never spoke to him again. I speak to Darren all the time. D’Lo speaks to Darren all the time. Guys, just so you know, I’m telling you the truth. This is a bad human being.”

Mark Henry explained that Ahmed Johnson simply has no credibility anymore. Therefore, anyone asking him for his opinion would probably be better off taking it with a huge grain of salt.

“Your credibility is shot. Nobody, nobody in wrestling will say anything good about this guy. Since when did being professional, being on time, working hard, and being able to co-exist with your co-workers become being a kiss-ass? When? And are you guys out there that’s doing podcasts so thirsty and want somebody on your show so bad that you’re taking Ahmed freaking Johnson? Guys, c’mon. Do your homework. I’ve never heard anybody say anything good about him. Not one, not one time. So before you start trying to tear down D’Lo Brown, future Hall of Famer, before you tear down a guy that actually was a World Champion, who don’t you look in the mirror. Your credibility is shot. Your slip is showing.”

There are many different opinions about WWE depending on the position that wrestler is currently in. Ahmed Johnson never reached the heights that some imagined for him. Bruce Prichard admitted that they considered a World Title run for him at a time. That obviously didn’t pan out, and Mark Henry can tell you why.