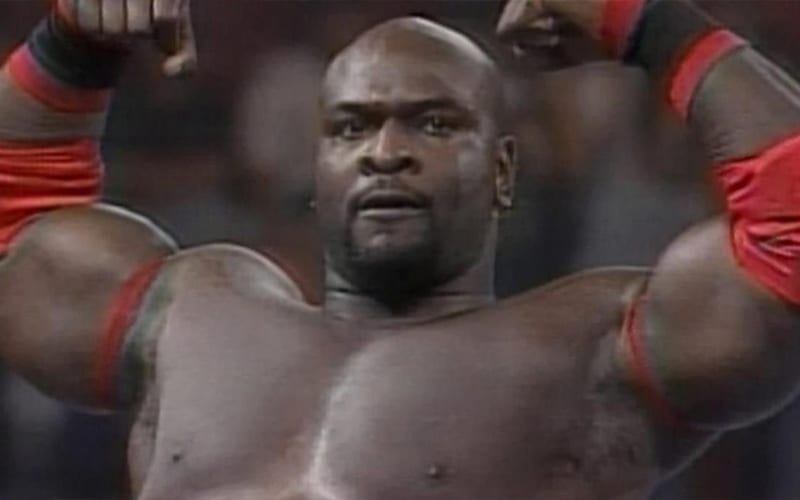 Ahmed Johnson was a standout in 1996, but he was eventually sent down the card. There were plans to make him a huge star at one point.

During the Something to Wrestle With podcast, Bruce Prichard discussed WWE’s initial plan for Ahmed Johnson. They wanted to go all the way with Johnson and put the WWE Title on him. He had the look, but it just didn’t happen when the bell rang.

“Yeah, there were big plans for Ahmed Johnson and with him coming in. That son of a bitch just oozed charisma when he came out and looked like he would kill you. So, very athletic. Could do some sh*t. Did not know his own strength. Was not the greatest worker in the world by any stretch of the imagination.”

“However, he was exciting and he was unpredictable. So, those were things that you could harness. We were hopefully going to be able to mold some of the unpredictability about him at least in the ring. Ahmed had the look.”

Ahmed Johnson’s time in WWE was limited, but he had a lot of potential. It just wasn’t meant to be. WWE will sometimes have high hopes for someone when they arrive on the scene, but then plans change for one reason or another. You can put Ahmed Johnson in that category.