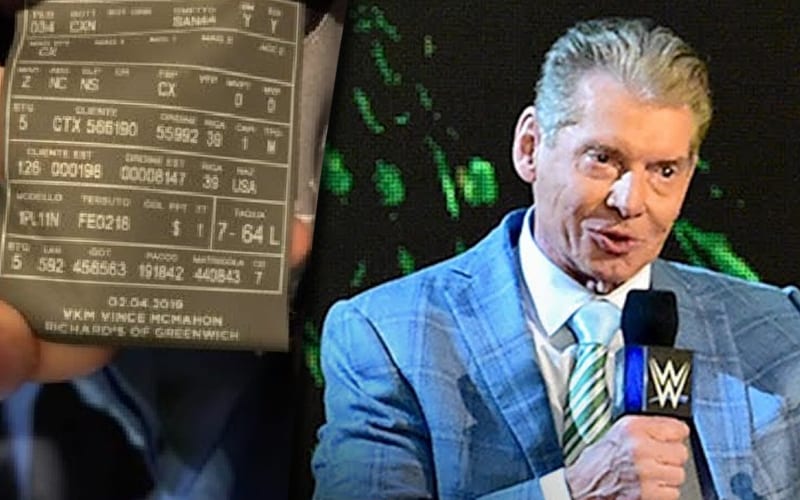 Vince McMahon is known for his suits and he knows how to dress. That doesn’t mean he keeps everything he’s ever worn. That led to one fan being very surprised by a thrift store purchase.

The custom-made jacket was purchased by Vince McMahon from Richard’s, a luxury clothing boutique in Greenwich. The jacket retails at over $2,000, so $45 was quite a bargain.

The coat, crafted by Italian designer Ermenegildo Zegna, is also said to be much nicer than Steve Harvey’s old coat which this lucky treasure hunting Redditor found recently as well.

I think it’s the same jacket he’s wearing in that photo. For reference I’m 5’11, 185 and I look like a child in it. Just sharing because it’s one of the cooler thrift store finds I’ve had. Happy hunting

$45 I paid lol funny enough I found Steve Harvey’s suit a few months back. Much cheaper quality than Vince haha

Just in case you have Macklemore’s Thrift Shop stuck in your head, you can get that taken care of below.