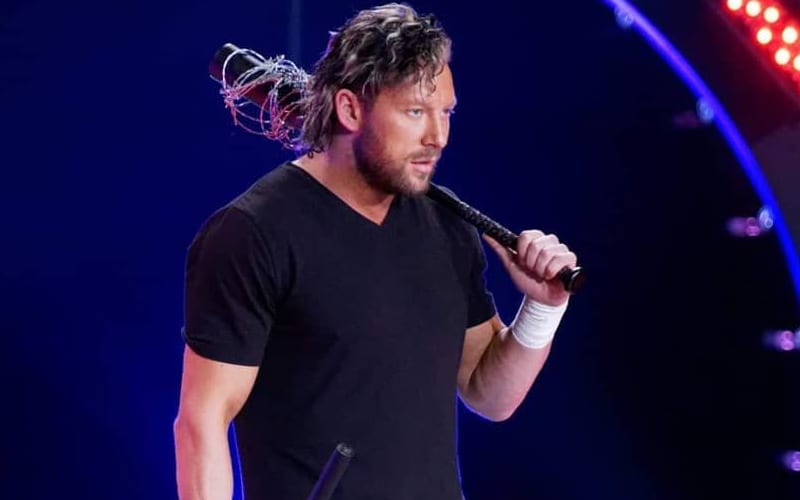 Kenny Omega is set to defend the AEW World Title against Jon Moxley in an Exploding Barbed Wire Deathmatch at Revolution on March 7th. That huge match will present a violent gimmick to American pro wrestling fans that they might have never seen before.

The New York Post recently spoke to Kenny Omega about AEW’s tendency to dust off long-forgotten gimmick matches, especially violent ones. He explained that pro wrestling is an art form to him and he wants to show that those violent matches can still be executed with the expertise and talent that he brings to the table.

I still very much look at pro wrestling as an art form. I still like to consider myself the utmost professional. People like to dumb down matches with a violent stipulation. They kind of like just defer to those as garbage wrestling or that maybe we lack a certain area of expertise or talent, which is why we’re going there. For me, it’s the complete opposite. I want to be considered as one of the best well-around athletes in professional wrestling and I want to test myself in all avenues this sport has to offer.

For me to do that and do that effectively, I have to have some kind of experience in these types of situations. I want to test myself with the type of wrestler who specializes in this type of stuff. And sure, I don’t think Moxley has had an exploding barbed wire deathmatch, but it’s not something out of his wheelhouse to do something very hardcore.

We have this very competitive nature, the both of us, but in very different ways and I think we have very different motivations in wrestling as well, but by having this stipulation added to this match I feel like the two of us are as motivated as ever in kind of different ways. But because we are both so motivated, I do believe the stars will align and something special will emerge from this.

We’ll have to see who emerges from Revolution as AEW World Champion. Both Jon Moxley and Kenny Omega are chomping at the bit to do something special, and those two rarely disappoint. We will have complete coverage right here at Ringside News.