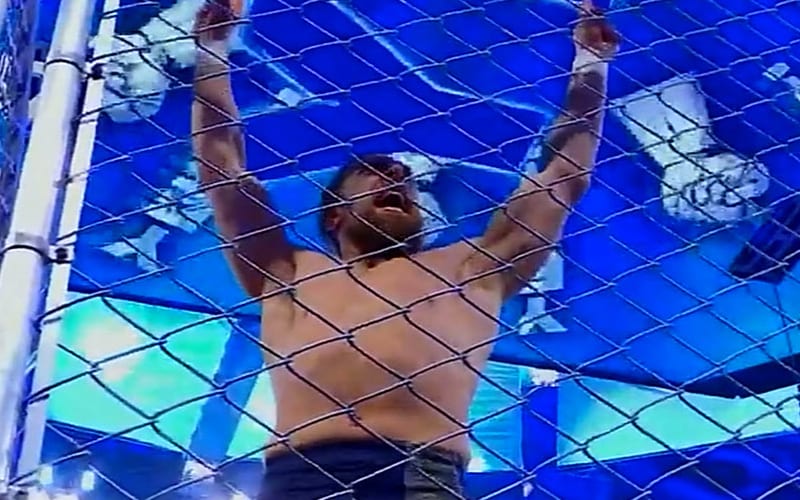 WWE Fastlane is Mach 21st, and we will have full coverage right here at Ringside News. They added a main event match to the pay-per-view tonight during SmackDown.

WWE planned for a match with Daniel Bryan and Edge vs Roman Reigns and Jey Uso for Fastlane. Daniel Bryan had other plans. He took on Jey Uso in the main event match of SmackDown this week to change that tag team match.

A win for Bryan meant a Universal Title match against Roman Reigns instead. The Tribal Chief came out to get a front row view of Bryan and Jey Uso’s cage match as well.

After a brutal back-and-forth cage match, Daniel Bryan and Jey Uso were both out on the mat. Roman Reigns sat at ringside in a desk chair as Uce tried to climb over the cage. Bryan caught him and they battled on top.

Bryan hit a butterfly suplex from the top rope and locked in a Yes Lock. Jey got to the ropes, but there were no rope breaks. He had to tap out and Daniel Bryan is now going to Fastlane.