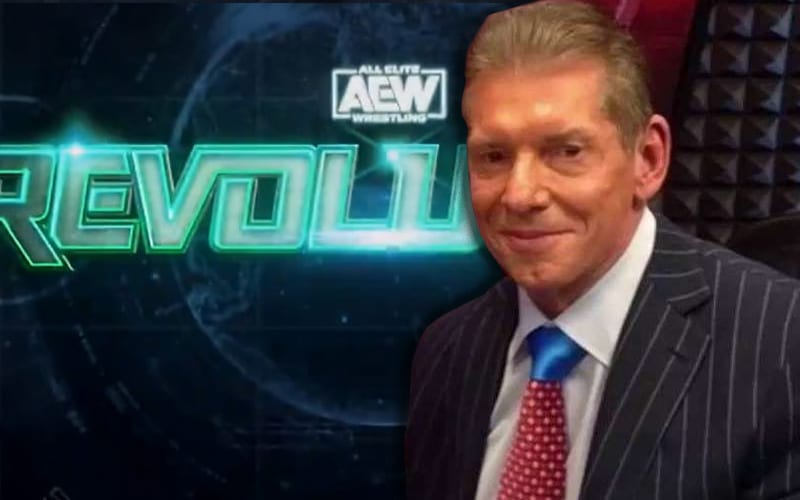 AEW Revolution is a loaded card and we will have full coverage here at Ringside News. The Face of the Revolution ladder match could steal the show and get people talking for a couple reasons.

During AEW Unrestricted, Tony Khan confirmed that the sixth competitor in the Face of the Revolution Ladder Match will be named during the show. The stipulation of that match will be rather interesting as well.

Competitors in the match must climb a ladder to retrieve a prize, and Khan confirmed they will be fighting to capture a literal brass ring.

Vince McMahon gained a ton of attention on the Steve Austin podcast when he made a comment about grabbing the brass ring. Since then that comment has been used in a variety of ways, some not so complementary toward The Chairman.

It is very interesting that AEW is literally placing a brass ring above the ring for wrestlers for fight for. The winner of that match will also earn a future TNT Title match.

AEW could have put a briefcase above the ladder, but other companies have done that before. Using a brass ring is much more symbolic in a variety of ways.