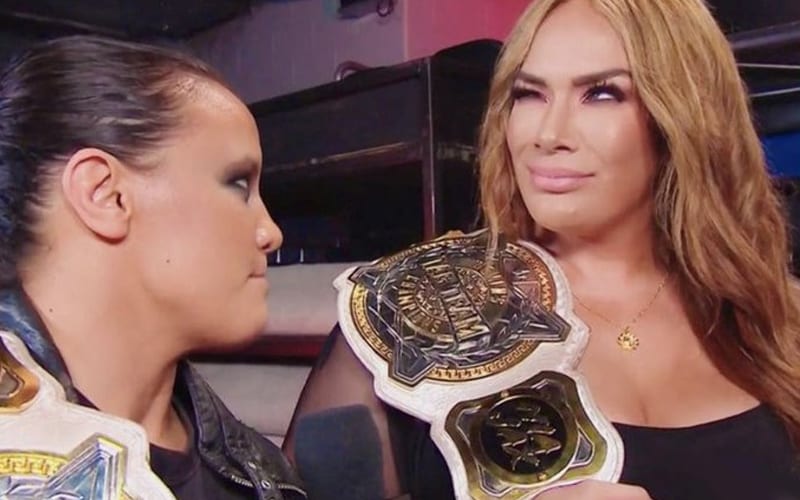 WWE NXT will feature a WWE Women’s Tag Team Title match. Dakota Kai and Raquel Gonzalez will face Shayna Baszler and Nia Jax for their titles, but the champions aren’t too concerned about things.

While on WWE The Bump, Dakota Kai’s history with Nia Jax and Shayna Baszler was brought up. Nia Jax’s first match in NXT was actually against Kai. Baszler and Kai were also set to have a rivalry, but Dakota’s injury stopped that from happening.

The WWE Women’s Tag Team Champions were then asked if this history between themselves and Dakota Kai is on their mind. Shayna Baszler brought up that Dakota Kai was getting abused by them in every clip they showed on the screen. Then she made it clear that tonight will be “business as usual.” They don’t seem too worried.

“If by ‘on our mind’ you mean worried, then no. It’s business as usual again for all parties involved.”

Shayna Baszler and Nia Jax are not worried about losing the WWE Women’s Tag Team Titles on NXT this week. Dakota Kai and Raquel Gonzalez certainly have a lot to prove. It will be interesting to see how WWE books this contest, especially with Lana and Naomi waiting in the wings to face whoever wins tonight’s match.