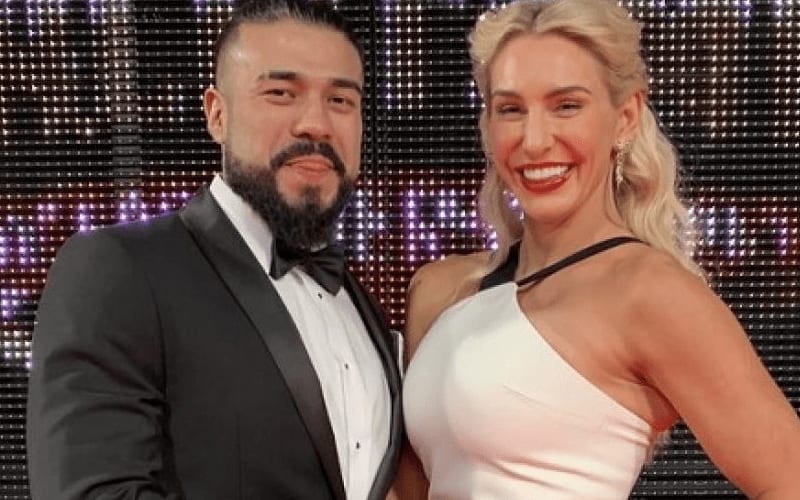 Multi-time women’s champion Charlotte Flair has been in a relationship with WWE Superstar Andrade for quite a few years. They made it public in January of 2020.

While speaking to TV Insider, Charlotte Flair was asked about working with her fiancé Andrade in a WWE storyline. Flair revealed she had already pitched the idea before.

“I’ve actually pitched that. I would be very much open to that. I’ve done a lot in my career, but nobody has seen me in an on-cam relationship, or in that light. I can come across cold on TV

Andrade hasn’t been seen on WWE television since October, with his last match being against Angel Garza on RAW. We will have to see when he will be back and if Andrade will have a storyline with Charlotte Flair.