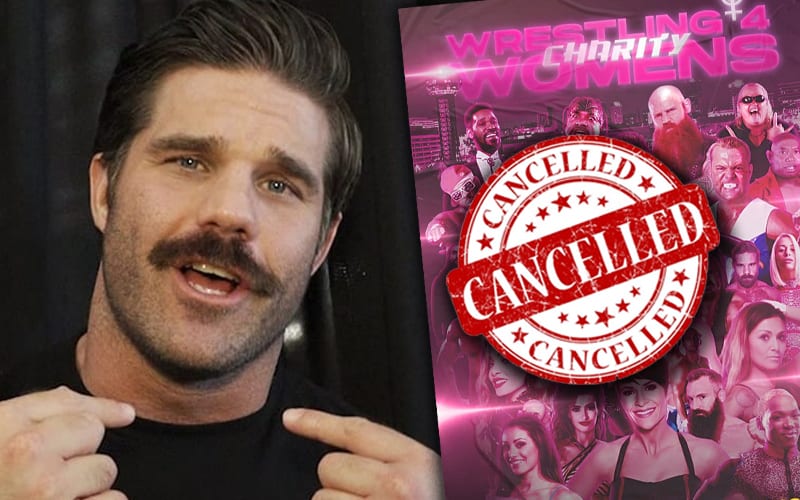 Joey Ryan appeared on a poster for a pro wrestling event. This event, which was for a women’s charity, received a lot of backlash for the tone deaf appearance of Ryan. Now that event is no more.

The Wrestling For Women’s Charity Twitter account posted a response to the backlash over Joey Ryan’s appearance. Instead of just pulling him, they’re cancelling the entire thing.

We apologize for riling everyone up. It is clear that we’re in over our heads.

We’ll say that everybody booked was fully aware of all details including going through AEW’s 3rd party booking system for talent.

Rather than put talent in a tough situation, we’ve canceled the show.

This is a drastic move to make, because there were a lot of very talented people on that poster who fans saw no problem with. The numerous #SpeakingOut allegations against Ryan caused some alarm within the fan base. Now the entire event isn’t happening at all.