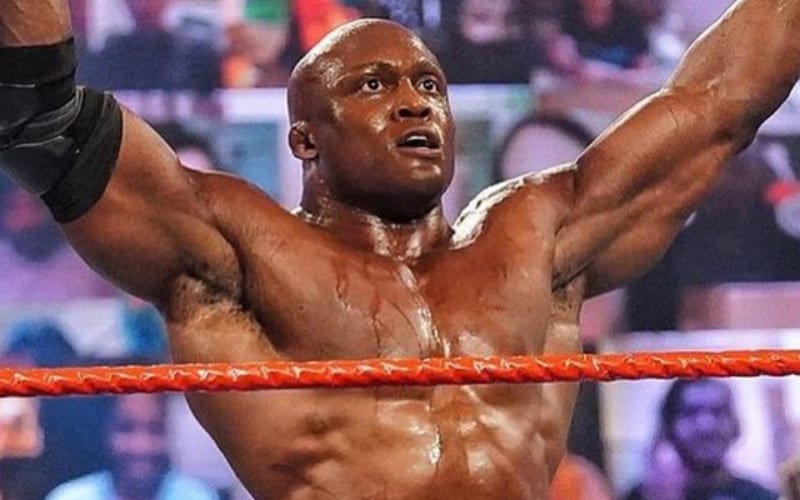 Bobby Lashley finally won the WWE Title this wee on RAW, and it was a huge moment in his career. Now the champion is speaking on the matter, and he has a lot to say.

Lashley posted a lengthy Instagram message to fans. Along with a photo of himself celebrating his big win, the CEO of the Hurt Business said he can’t find the words to say how emotional he about this. It was a huge moment and he sent an immense amount of gratitude in the process.

Sometimes you have to fight for the things that are important to you. When I made my return to @wwe I told myself I WILL be WWE Champion one day and I’m willing to fight for it. Nothing in life is certain and sometimes you can’t control the outcome of things but there were a couple things I could control. I could control the work I put in and the attitude I had while doing it. My attitude has always been positive and my drive has always been second to none. This night is easily one of the greatest night’s of my life.

I f**cking did it!! I can’t even put into words what this title means to me.
I’m still numb yet filled with so much emotion right now. I have so many people I want to thank personally and for all of you who believed in me, thank you from the bottoms of my heart. Hard work and persistence does pay off but I’m not done yet! I’m was born for this. I’m a warrior and I’m ready to stand and fight any and everyone who wants to come after this title. Now ladies and gentlemen it’s time to get back on the grind so I can make this title run legendary!
I’m in …..#TheHurtBusiness

I am your new WWE Champion

We’ll have to see what’s next for Bobby Lashley as WWE Champion. The fact that he pointed directly at the WrestleMania sign is a very good indication that he is on his way to the show of shows.