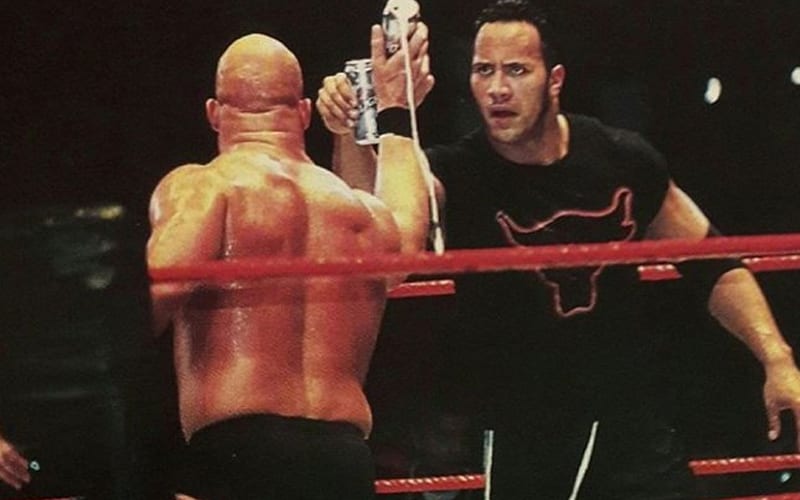 The Rock came from a different era of WWE, way before things worked as they do now. House shows gave them a chance to really have some fun and he took full advantage of that, especially if he was working with Steve Austin.

The Great One recently tweeted out a photo of himself and Austin before they were about to smash some beers in the middle of the ring. His caption remembered a day before WWE was so scripted, and things could get a little loose.

Many of you know what’s about to happen in roughly 3 seconds after this beer smash…. And @steveaustinBSR and I did this in a different city EVERY NIGHT. Much less was scripted back then and these were BRILLIANT times!!! What an era as all things ebb and flow in @wwe

The Rock teases a WWE return every now and then. You can never say never on that front. Steve Austin has made it 100% that his bump card is full, and his career is over. Still, they made some great memories in the ring during their time.