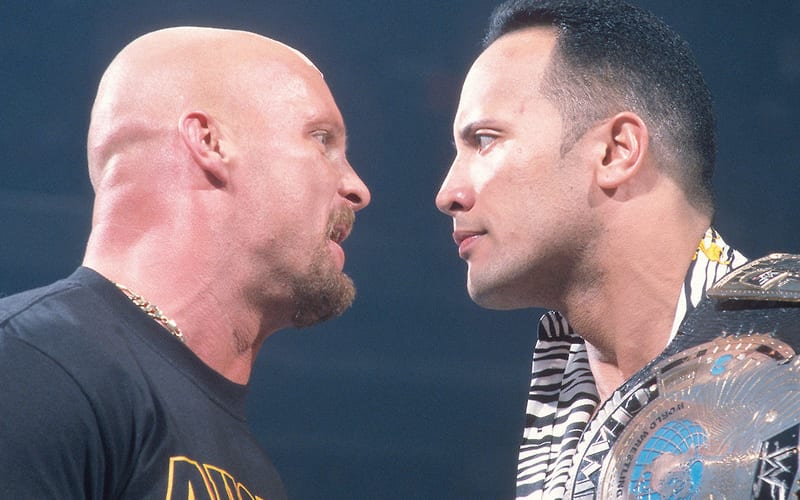 The Rock and Steve Austin went to war on a few occasions, but The Rattlesnake believes he would have a distinct advantage now.

While speaking with Lilly Singh, Steve Austin explained that The Rock’s years in Hollywood has made him a bit soft. On the other hand, “Stone Cold” Steve Austin is still just as tough as ever. He believes that there would be no problem stomping a mudhole in Dwayne Johnson and walking it dry.

“If you’re asking me, it’s gonna be ‘Stone Cold’ Steve Austin; because I would walk in there, and I would stomp a mudhole in his ass, and walk him dry.”

“Rock’s been out there making all these movies. He’s the number one movie star in the world, and I know he’s been in the gym, but… man. I’m still pretty hard. I’m still pretty salty, you know. I am still leaning on them beers. To match us up, right here, right now, I’m predicting Stone Cold Steve Austin.”

Steve Austin is retired, something he made clear in the past. There is still some hope that The Rock will eventually return for another match with WWE of some kind. We’re not likely to see Rock vs Austin happen again, but Stone Cold thinks he would have a definite leg up on his competition if it happens.