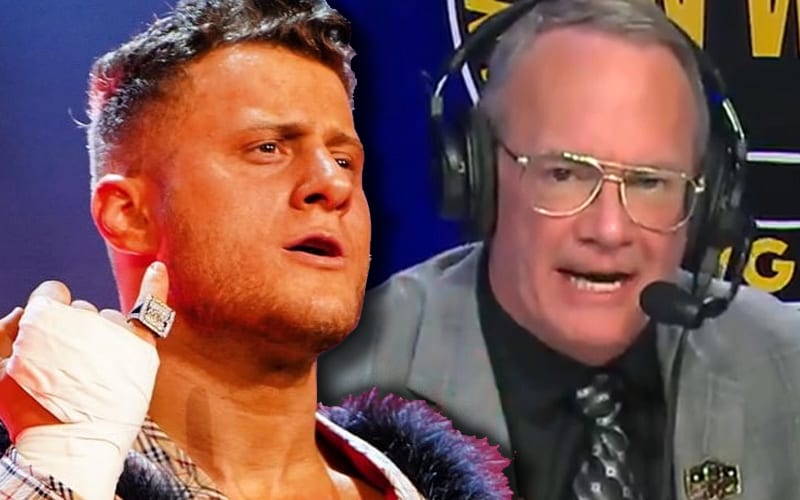 MJF is a master at drawing heat in a pro wrestling ring. Jim Cornette is also very good at making people hate him, and Maxwell Jacob Friedman always wants to learn from the best.

While speaking to Wrestling Perspective Podcast, MJF said that he worked with Cornette a lot more than some people might realize. He also admitted to not being a fan of some members of the AEW roster, just like Cornette.

MJF is a student of pro wrestling, and he learned from great heat seekers like The Grand Wizard and Bobby “The Brain” Heenan. Naturally, Cornette is a great person to learn from as well; and he took full advantage of that while he could in MLW.

“So, I worked with Jim Cornette more than I think people realize when I was in Major League Wrestling. And getting to go back and forth with him — look, is he a fan of guys on my roster? Absolutely not, but if I’m being honest, neither am I. But he’s a very smart guy, he understands how to manipulate an audience. I loved his work, I loved Bobby ‘The Brain’ Heenan’s work. Even Grand Wizard. He might not have necessarily been the greatest promo of all time, but the guy understood how to manipulate a crowd without even speaking. I mean, there’s been so many great managers of the past. Paul Heyman obviously. We’re both Jews, we’re both very affluent. And we’re both very good at speaking and we’re both from New York. so Paul Heyman also another guy who is most certainly a big influence on me.”

Jim Cornette will not likely get an invitation from AEW to join their company, but MJF learned a lot from him while he could. AEW has a very diverse roster, and they cater to different interests. Cornette might not be a fan of everyone on the AEW roster, but he has always spoken highly of MJF. There is a reason for that.