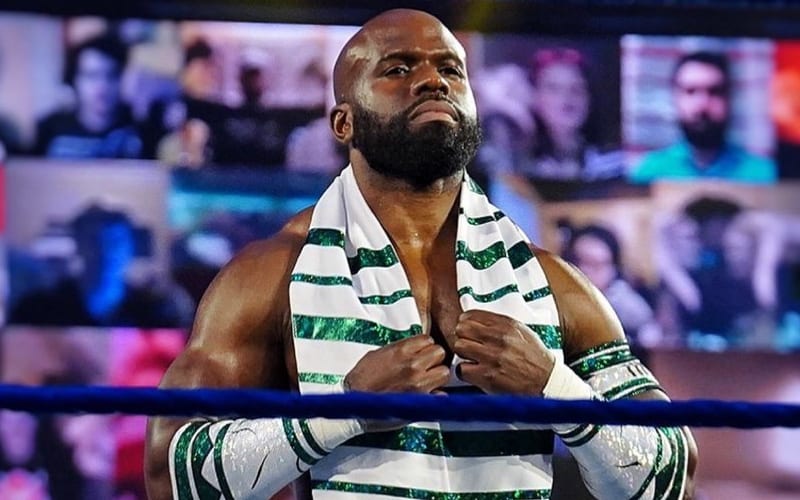 Apollo Crews brought out a brand new character this week. He is Nigerian royalty and he shall be treated as such. His accent also seemed to morph mid-promo, taking on a brand new persona. This caused a lot of fans to wonder what is going on.

Following his big character shift on SmackDown this week, Apollo Crews sent out a very short tweet. He also included a photo of himself looking very confident in his new ring gear.

I have embraced who I am.

In case you’re wondering, Apollo Crews’ father is of Nigerian descent, but Apollo was born in California. He is very proud of his heritage and now he can share that culture on WWE television. His indie name was “Uhaa Nation” to pay tribute to his family. His real name is Sesugh Uhaa.

We will also pay close attention to this angle as it has many eyes on it as well. Obviously, Apollo Crews is happy with the current direction that things are going.