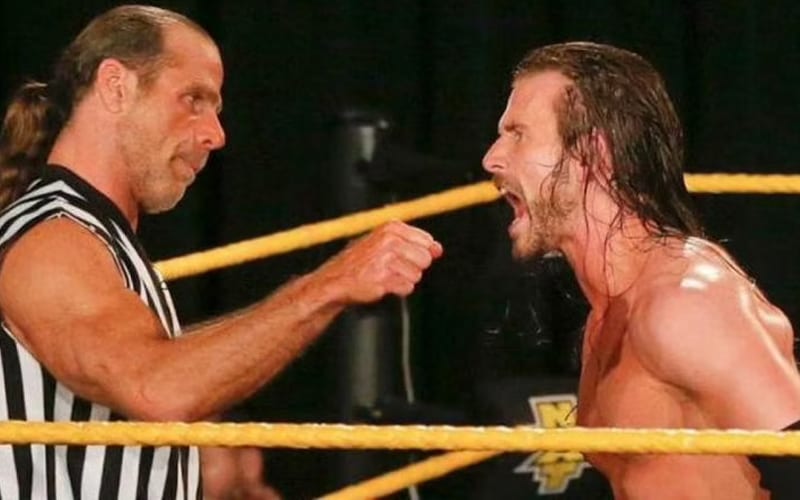 Adam Cole is touted as one of the best in-ring workers WWE has ever seen and remains one of the top Stars in NXT since making his debut back in 2017. Now it seems he wants a match against a two-time WWE Hall Of Famer.

WWE on FOX’s Twitter handle recently asked to pick any WWE legend or active WWE Superstar and choose their dream match. It seems the former NXT Champion saw this post and decided to reply.

Adam Cole revealed that he wants to face off against Shawn Michaels, which would be a dream match for him.

It isn’t much of a surprise that Cole wants to face Michaels as he has been compared to the Heartbreak Kid on numerous occasions. Cole once said there is no bigger compliment than being compared to HBK.

Adam Cole recently severed all ties with his former Undisputed Era brethren and it seems the storyline will continue.