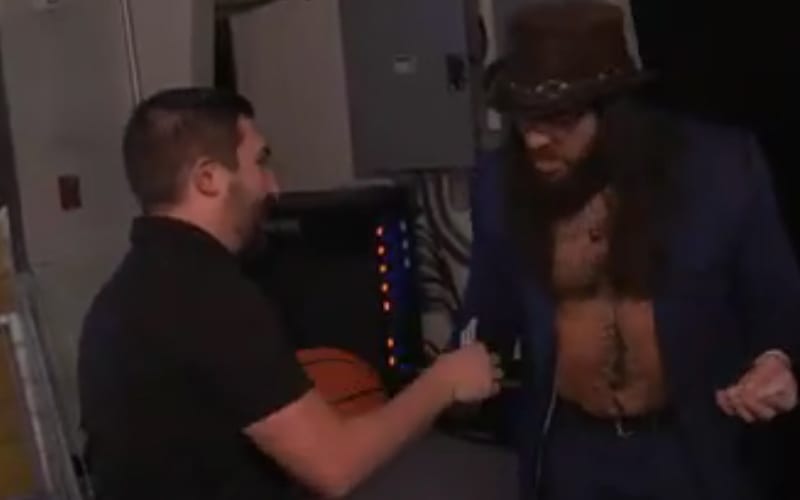 Cameron Grimes is the new Million Dollar Man character in NXT, and he’s taking the role seriously. Grimes really gained a ton of cash by betting on the stonk market, and that Game Stop money turned him into a much different character.

Cameron Grimes recreated Ted DiBiase’s famous basketball dribble bet segment during NXT this week. The person he tried this on was Jacob Kasper, an amateur wrestler who signed with WWE in October. Jacob’s brother Drew Kasper was a part of the WWE Performance Center class that was announced this week.

“Was never much of a basketball player… We bounce heads off the floor in wrestling, not a ball,” Kasper tweeted out following the segment.

Jacob Kasper didn’t get the money from Grimes as he ate a punch and was laid out. Then Grimes covered Kasper in cash before running away, very proud of himself. You can check out the video from The Million Dollar Man’s famous segment below.