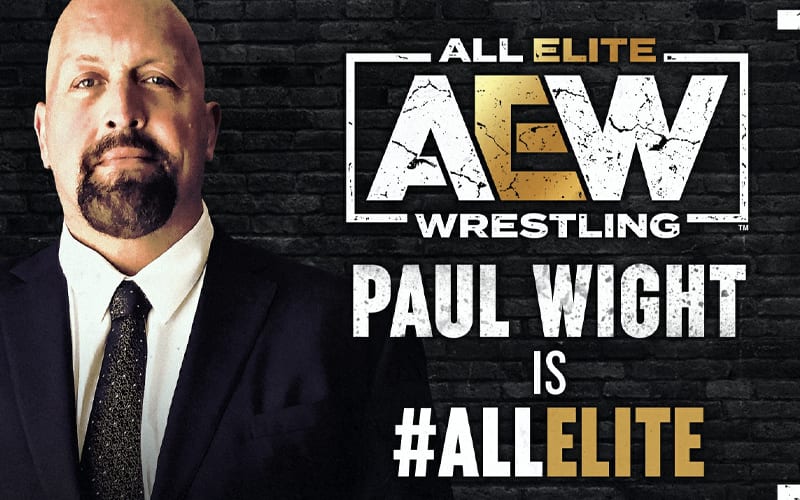 The Big Show was moved to the WWE alumni page, and now there is HUGE news on that front.

AEW announced today that Paul Wight has joined the company. He will be a commentator for AEW’s new television show AEW Dark: Elevation.

Paul Wight signed a long-term deal with AEW, but it wasn’t noted exactly how long the contract is for. It is said he will have “an extensive role” in the company.

This is a big announcement and they didn’t rule out any in-ring activity. This is also a huge blow to Vince McMahon as the Big Show was signed away by All Elite Wrestling.