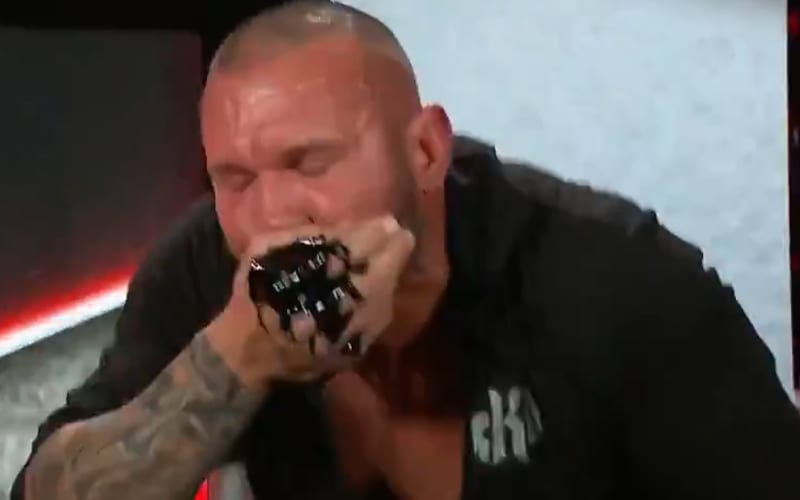 Randy Orton and Bray Wyatt’s feud is far from over. This week on Raw, Orton cut a promo on the situation, but it did not end as he expected it would at all.

Randy Orton cut a promo on Bray Wyatt’s Fiend where he said that Wyatt’s alter-ego is not coming back. In the middle of his promo, Orton coughed a bit, but he recovered. Then he spoke about how Alexa Bliss is a distraction for him.

They played a quick clip of Alexa Bliss from last week where she sat in the middle of a pentagram. Then when they came back to Orton he started to talk again, but he had a problem. The Viper started to cough up a black liquid and it was a mess. Then Randy Orton ran away to deal with this issue.

A lot of fans are making Papa Shango jokes about the segment. It’s easy to see why.

We’ll have to see where this leads, but Orton and Wyatt are far from over. It is also taking on quite a new dark twist as of late. You can check out the clip below.