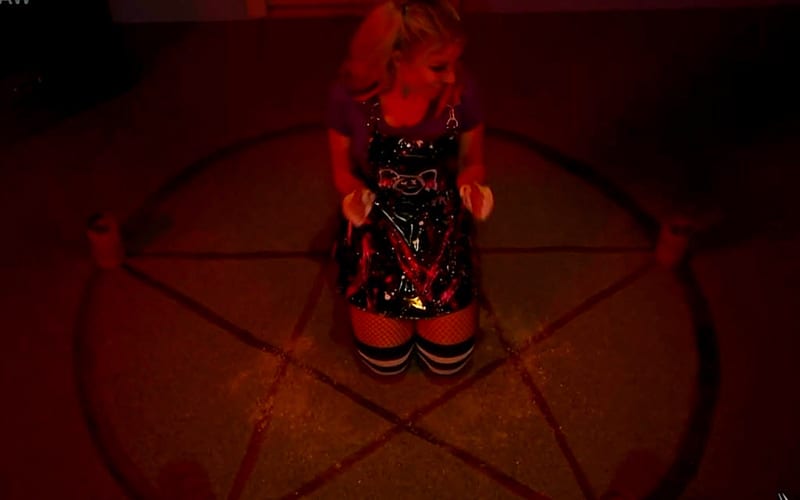 Alexa Bliss has carried on Bray Wyatt’s strange message since The Fiend was burned alive by Randy Orton. This week, she promised that he will be reborn, and she had a disturbing way of going about that.

This week on WWE Raw, Alexa Bliss appeared in a segment where she was sitting in an abandoned Firefly Fun House. She had very eerie lighting as she said “ashes to ashes, dust to dust,” blowing sand (possibly salt) from her outstretched palm.

When the camera panned out, it revealed that Alexa Bliss was sitting inside of a pentagram. This was followed by Bliss laughing manically until the short segment ended.

We will have to see when Bray Wyatt returns, but he is apparently on his way back with a little help from a darker power.