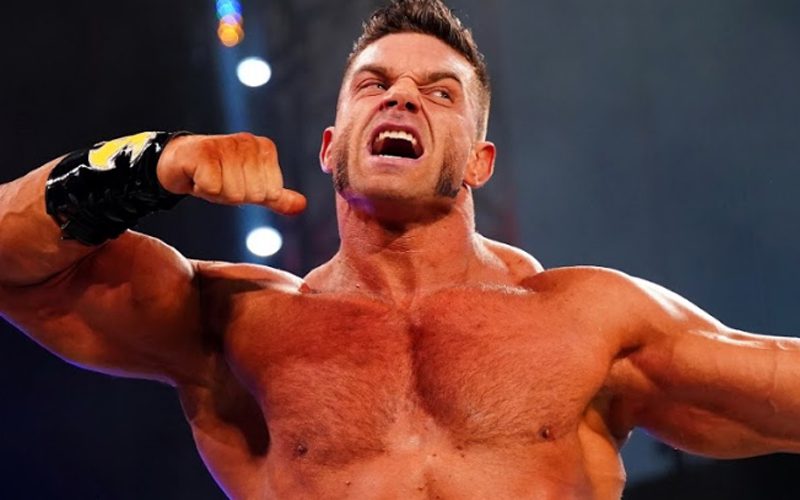 Kenny Omega is AEW World Champion, and that comes with a target on his back. Brian Cage wants to take aim at The Cleaner, and the Team Taz member is more than ready.

Brian Cage tweeted out a screenshot from Instagram. He and Kenny Omega traded some shots in the comments section. Omega said that the middle of Cage’s eyes looks perfect for a V Trigger and Cage responded: “Well, it better be between the eyes. You hit me anywhere else, you’d probably break his damn knee.”

The Machine seemed a big miffed that this exchange in the comments section of his Instagram page didn’t get any press. He remarked that the comments “went a little unnoticed,” and he supplied a caption to pull for a match against Kenny Omega.

So can we start talking about the best bout between machines again? After I finish off stinger and Omega handles mox, maybe it’s time to cross paths. I do know @TheDonCallis Pretty well

As of this writing, Kenny Omega has not replied. Don Callis did tweet back to say: “Keep dreaming kid.”

Brian Cage is currently in a spotlight match at AEW Revolution as he teams with Ricky Starks against Sting and Darby Allin. We’ll have to see if he can use that attention to grab an AEW World Title shot while he’s at it.