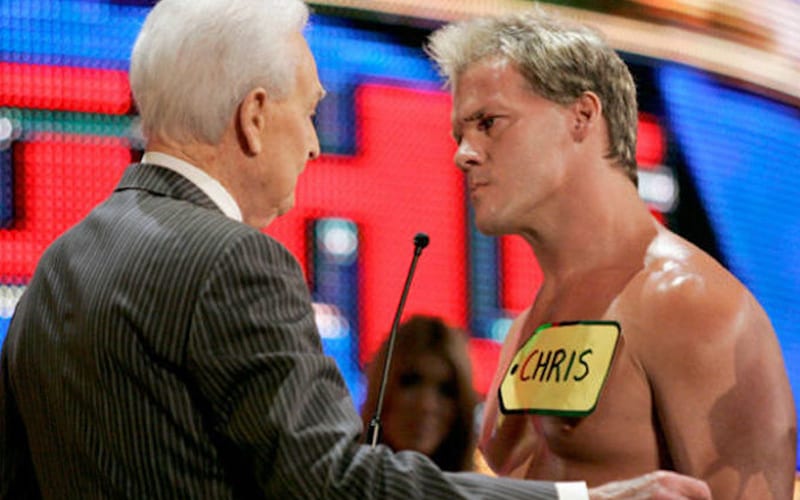 WWE used to invite guest hosts on RAW every week. Vince McMahon wanted to make it “like Saturday Night Live, but better.” Bob Barker was a guest during that time and fans still remember that appearance fondly.

While on the Masked Man Podcast, former WWE writer and co-executive producer Brian Gewirtz spoke about WWE’s weekly RAW guests hosts. It turns out that Bob Barker wasn’t a fan of what they had in mind at all. Then again, Gewirtz had a very interesting experience in Chicago prior to meeting Barker that he compared to Ferris Bueller’s Day Off.

“There’s nothing like the Bob Barker experience that we had when he hosted RAW in Chicago. This is one of those things where I made the correct decision, which for me is a rarity, of reading his book beforehand just as a fan. Everyone loves Bob Barker. When I got to Chicago, which is the night before, I had a whole day like the whole Ferris Bueller thing. I went to a White Sox game, I went to a music festival, and then at nine o’clock at night, I got this call from Dave Kapoor, who’s still there and is awesome. He’s like, ‘Hey man, Bob wants to meet in his hotel room to go over the show.’ I’m like, ‘Oh, OK.’ I don’t want to make it sound like I’m Michael Hayes here in like a constant state of inebriation, but I was a little tipsy that day when Dave and I went to Bob’s hotel suite, and it was unbelievable because Bob was in his silk pajamas.”

“His manager, who I believe is named Henry, was somehow older than he was, is there in a full suit, and we’re going over the script. I wouldn’t say he’s brittle but he’s not necessarily all that warm because a lot of the things that he wanted to put in the show, Vince moved to whatever it was – WWE.com After The Bell. So he was like, ‘Hey, where’s this thing about my book and talking about the ASPCA or whatever it is?’”

“Dave’s like, ‘Oh yeah man, that’s right after After The Bell. It’s this great feature we have.’ Bob just cuts him off and is like, ‘That’s for the internet! I want it on the show!’ Oh man, Bob is sharp as a tack. We’ve got to shift strategy here, so I just made the unilateral decision and the correct one at that to not be like, ‘Oh, let me check with Kevin Dunn,’ or ‘Let me ask Vince.’ I said, ‘You know what, Bob, you got it. It’s going in the show.’”

“Then we’re going over the vignettes and everything and I point out, ‘Chuck Norris taught you karate, right? This is right after you were in the Air Force.’ He’s like, ‘Oh, you read Priceless Memories, my book. How wonderful! Henry, get these boys some white wine.’ The whole dynamic shifted once he saw that I read his book and that we were just putting the stuff back into the show. And then after that, oh, he was telling stories and he was doing karate moves in his pajamas. Dave and I are getting drunk with Bob and his manager on white wine. I’m telling him about my time at Syracuse. He’s like, ‘Go Orange!’ It was the best time in the world, and then the next day, the audience absolutely loved him. We treated Price Is Right and that legacy with respect and treated him with respect. We got the microphone and got all the stuff that he wanted to get in there. So that is by far my favorite celebrity memory from WWE.”

Bob Barker made some great memories on RAW, but he wasn’t alone. Coming up with the idea was also quite an experience, and it just goes to show the kind of collaborative input it often takes for a segment to really some together.