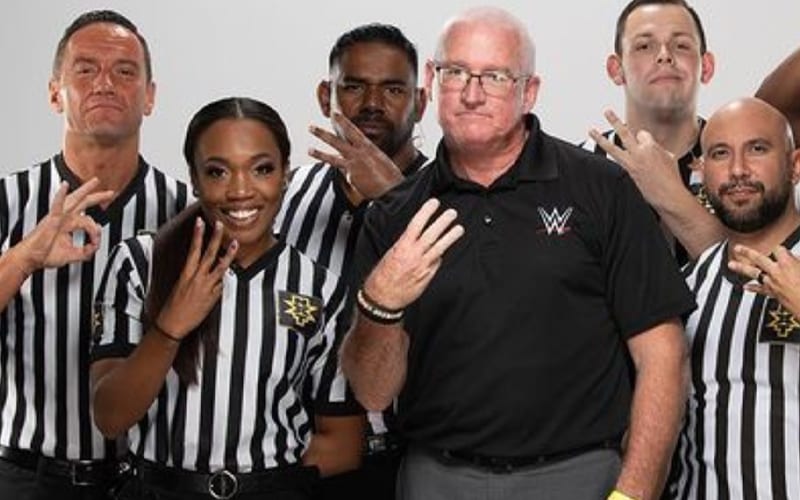 WWE NXT referee Drake Wuertz has drawn attention to himself due to his political beliefs in the past. His connection to QAnon associated groups has caused quite a stir online. A new photo that Drake dropped to his Instagram is not going over well at all.

All of the NXT referees posed for a photo recently, taken by an official WWE camera. It was a nice idea and everyone seemed to have a smile on their face.

In one photo, the NXT officials all held up three fingers to signify a three-count. Drake Wuertz decided to hold his hand in a very specific way, one that gives off an entirely different meaning.

Fans were quick to point out that the way that Drake Wuertz held his fingers is directly associated with “white power.” Nobody else in the photo was holding their fingers in this way, but he made sure to position his hand so the circle was facing the camera.

You can check out the photo below and a side-by-side comparison of the hand gesture.