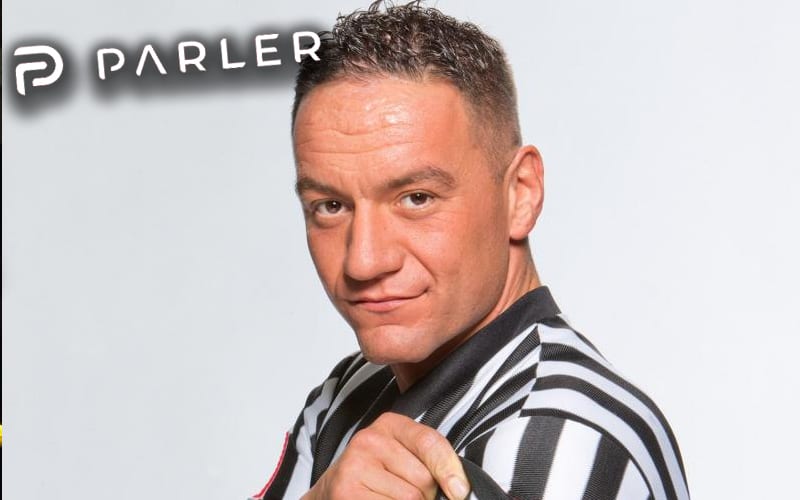 WWE referee Drake Wuertz has received a fair amount of attention in recent memory due to the controversial political views that he holds and openly supports. New information has been found which shows what he’s been up to on his Parler account.

We previously reported that Wuertz was found to be following the Proud Boys on Parler. Via the Babyface vs Heel podcast, David Bixenspan shared more that he uncovered which Wuertz likely did not want the WWE Universe to discover.

It was said that there is an “increasing distaste within NXT thanks to his views.” Those political views are quite radical, and he openly shares debunked conspiracy theories and other baseless accusations.

It was revealed that the WWE referee followed Simone Gold, a doctor who fueled the now-debunked “Pizzagate” conspiracy theory. He is also a doctor who promoted the use of hydroxychloroquine to fight COVID-19 despite medical evidence showing otherwise.

Wuertz’s profile also shared QAnon material from the One America News Network. He also “voted for,” Parler’s equivalent of liking, a post from Brittany Walker showing the QAnon flag.

He has also echoed several posts that further the “Hunter Biden laptop” conspiracy theory, a right-wing theory that has also been debunked.

The WWE referee obviously realized that he was getting attention for this Parler profile. He set it to private on Monday, and then he wiped his followers. The @WuertzFamily account, believed to be owned by his wife, still follows and shares posts from The Proud Boys.

WWE has not commented on this situation.

Thanks to Bodyslam for passing this along