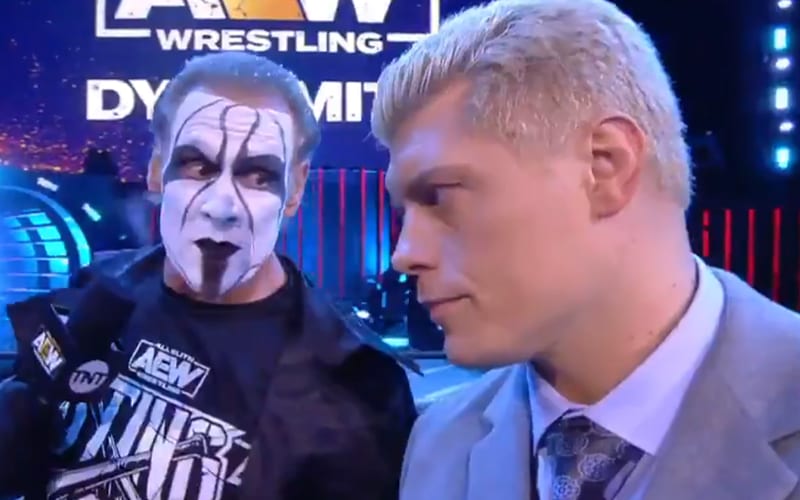 Sing’s arrival to AEW came with a lot of debate about whether or not he will compete. The company cleared that up in a hurry when it was announced that he will team with Darby Allin against Brian Cage and Ricky Starks at AEW Revolution. Cody Rhodes can’t wait to see it happen.

While speaking to the New York Post, Cody Rhodes expressed a desire to stand across the ring from Sting. He is also pretty sure that Sting realizes that.

“It can mean a lot of things” Cody Rhodes continued. “But ask me that question again in a few months; because I want the opportunity to stand across from the Stinger and I think he knows that. It’s almost kind of itching at me under my skin that if there is somebody I wanted to beat? It’s the face of TNT’s hottest period and run.”

Sting’s time in AEW is just getting started and he is already engraining himself into the fabric of All Elite Wrestling. It’s very likely that AEW Revolution won’t be Sting’s final match with the company, but we have no idea just how many matches he will do. Cody Rhodes seems to be in line to get an opportunity to face the Stinger eventually.