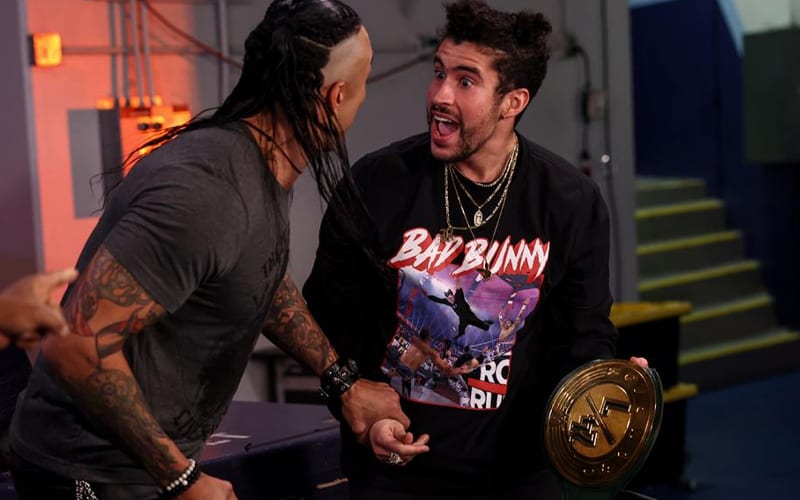 Bad Bunny entered the WWE Universe and he received a lot of attention straight away. He brought his passionate fan base to WWE and they bought up a ton of merchandise. Some people aren’t 100% into Bad Bunny’s WWE involvement yet.

Former WWE referee Jimmy Korderas brought up Bad Bunny during a recent Reffin Rant. He saw that the famous rapper won the WWE 24/7 Championship on WWE RAW this week, and he’s not really a fan of the idea. Bad Bunny apparently doesn’t connect with Korderas.

“I get it, he’s a big star and he’s making waves for them. Yada, yada, yada. At the same time, the 24/7 Championship is fun and engaging and I’m not finding Bad Bunny fun and engaging. I like him with Damian Priest, because Damian Priest is getting the rub off of him, but at the same time putting him with the 24/7 Championship is not the way to go in my opinion, I think he should stay away from that. As R-Truth would say: ‘What’s up?'”

We’ll have to see how long Bad Bunny holds onto the WWE 24/7 Title. He might just be champion long enough to perform on Saturday Night Live with that title. Then again, he could have someone sneak in and score a roll-up pin off of him in the middle of his performance to make SNL history.