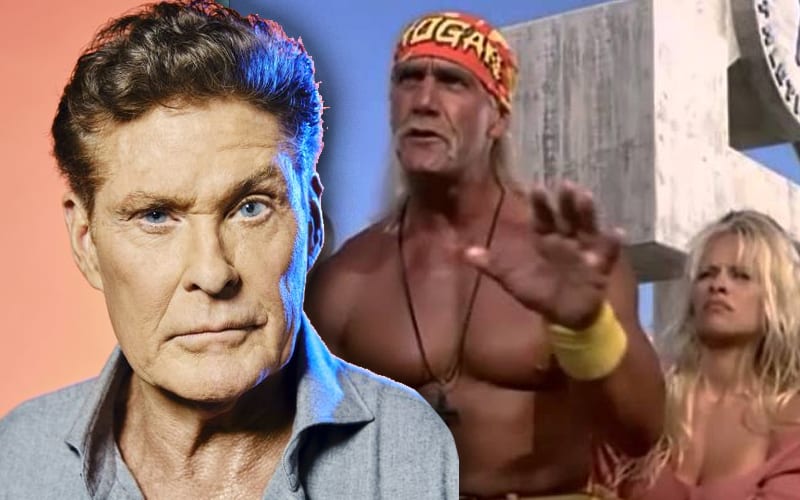 Hulk Hogan appeared on many television programs when he was in the height of Hulkamania. He continued that wave of appearances and it eventually found him on Baywatch. It turns out that David Hasselhoff might not have been so happy for a visit from The Hulkster.

Kevin Sullivan revealed on Taskmaster Talks that Hasselhoff didn’t come around Hulk Hogan while they filmed their episode of Baywatch. Hasselhoff wasn’t on the episode either.

Sullivan said that he believes Hasselhoff was jealous of Hulk Hogan and that caused the heat between the two of them. Either way, Pamela Anderson was wonderful to everyone.

“The people on Baywatch were super. They were very nice. The only thing is I think there was some animosity between Hasselhoff and Hogan. Hasselhoff was not in that episode if you recall and he didn’t even come around to see Hulk. I think he was jealous of Hulk. Pamela (Anderson) was wonderful to everybody. She came out and talked to everybody. She was great. All the production people were great. It was a great time. I really enjoyed it.”

We won’t know the true story unless Hasselhoff or Hogan actually speak out on the subject. It is interesting to think about so many years later as the two were certainly alpha males of their respective kingdoms. Hogan eventually left The Hoff to the beach where he seemed to be much happier without the pro wrestling star around.