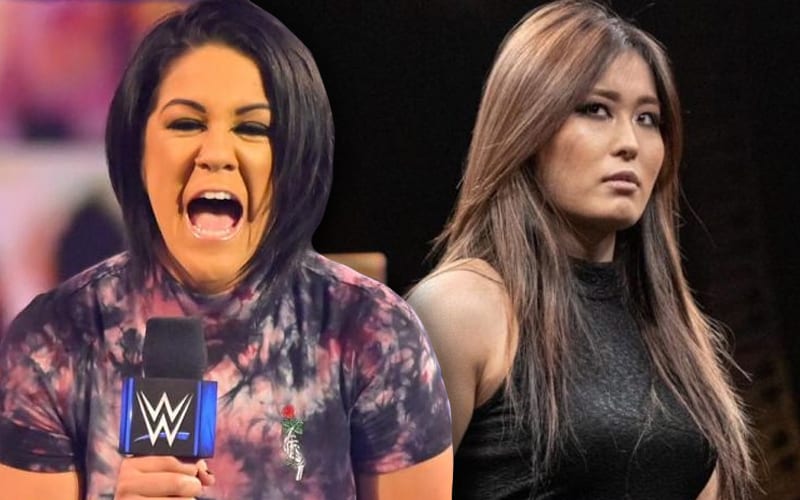 Bayley has been to the top of NXT before, but she is always open for a return to the black and gold brand. WWE NXT Women’s Champion Io Shirai is doing pretty well for herself, but Bayley wants to put her to the test.

The former SmackDown Women’s Champion sent out a quick notice to the Internet. She put it out there that she wants to wrestle Io Shirai. It was a very short message, but the intention was delivered.

I want to wrestle @shirai_io

We’ll have to see what happen on the road to WrestleMania. We have heard nothing about an NXT TakeOver before WrestleMania this year. Perhaps the show of shows is big enough for Io Shirai vs Bayley with the NXT Women’s Title on the line.