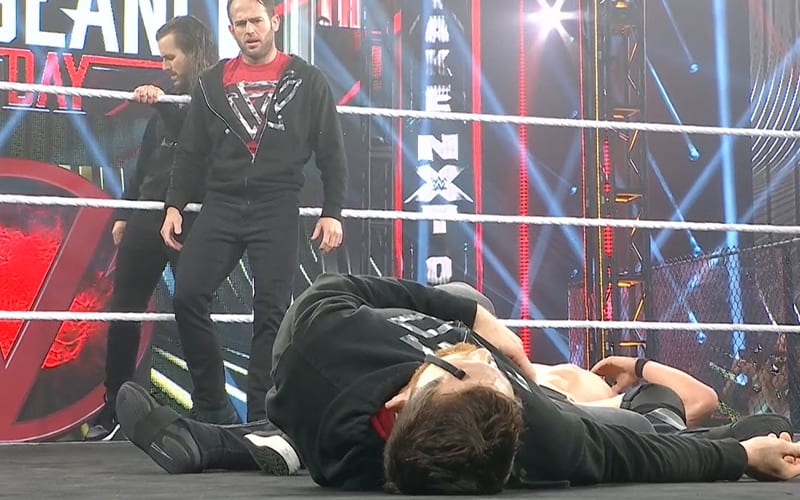 WWE NXT TakeOver: Vengeance Day is a day that NXT fans won’t ever forget. The Undisputed Era had many great times in NXT, but it seems their breakup might have finally happened.

Following the main event match of the night, Finn Balor stood tall as NXT Champion. He retained over Pete Dunne in a brutal contest, but the action wasn’t over yet.

Oney Lorcan and Danny Burch rushed the ring and brought a beating to Finn Balor. Suddenly, The Undisputed Era ran to the rescue. Adam Cole, Kyle O’Reilly, and Roderick Strong ran off the heels, and then they posed with Balor.

Suddenly, Adam Cole nailed Balor with a Superkick. When O’Reilly said something about it, Cole laid him out with a Superkick, too. Then Cole left the ring. Roderick Strong was left looking at Balor and O’Reilly as they were laid out in the middle of the ring. He seemed rather conflicted.

We’ll have to see what all this means on NXT this Wednesday, but it appears that the Undisputed Era’s time might have come to an end.