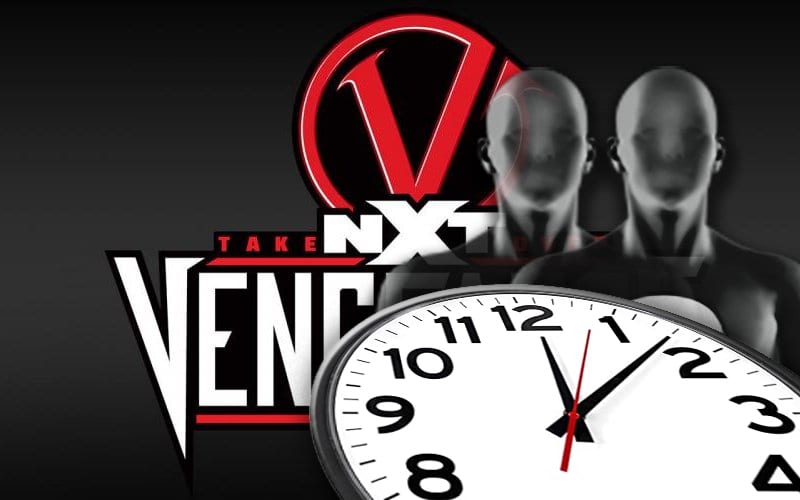 Io Shirai retained the NXT Women’s Title at NXT TakeOver: Vengeance Day. That match was an action-packed contest, but it wasn’t the longest match on the show at all.

Triple H was asked during the NXT TakeOver conference call about the Women’s Title match and if it ran short. Triple H said that some things happened that were beyond their control which caused the match to be shorter, but they still had a great contest.

“First off all, it was a spectacular performance from all three. As far as time goes, they had all the time they wanted. They had a window that was much bigger than that. I think bell to bell they went somewhere in the neighborhood of 12 to 13 minutes. I think that’s what they went to, but they had what they wanted.”

“I think it was laid out at 20 as a window. They had what they wanted. I know there were a few things in there that didn’t go as they planned it. Not necessarily mistakes on their part, but you know, tables breaking, things happening outside of their control that made them go different directions.”

Triple H said that timing is a funny thing because if they don’t go 20 minutes then people think there’s something wrong, but if they go 20 minutes then they are criticized for that as well. In the end, it’s impossible to make everybody happy, but they still had an incredible match.