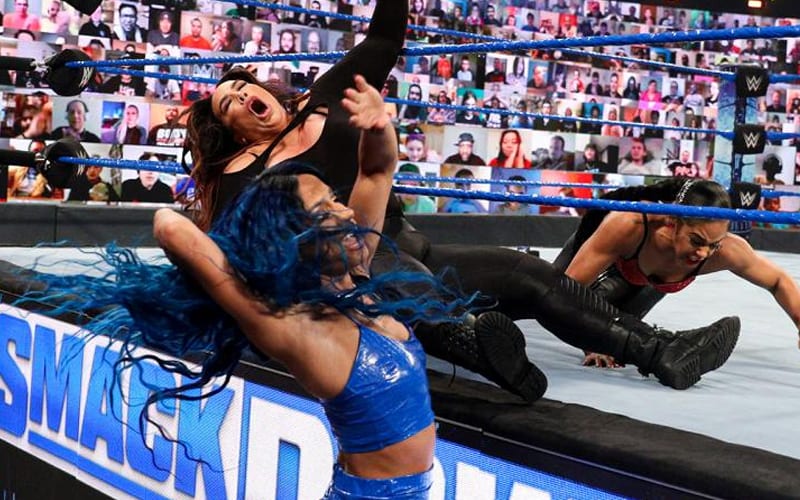 WWE brought Friday Night SmackDown to fans this week, and they also brought up something that went viral on Tuesday. Nia Jax’s “my hole” comment was front and center during her segment on the blue brand.

The WWE Women’s Tag Team Champions showed up on SmackDown to confront Sasha Banks and Bianca Belair. It didn’t take them very long to replay that clip that went viral and caused a bidet company to offer Nia Jax an ambassador gig.

Nia Jax was not happy about her hole taking centerstage again. She tweeted out to say that she hates the WWE Twitter account when they posted an animated gif of her taking another butt bump on the hardest part of the ring.

Later on, Jax tweeted out saying: “Two absolutely disrespectful “superstars” on #Smackdown… THIS is why we don’t come to Friday nights!!”

We’ll have to see what’s next for Bianca Belair and Sasha Banks as they now apparently have a feud with the WWE Women’s Tag Team Champions.