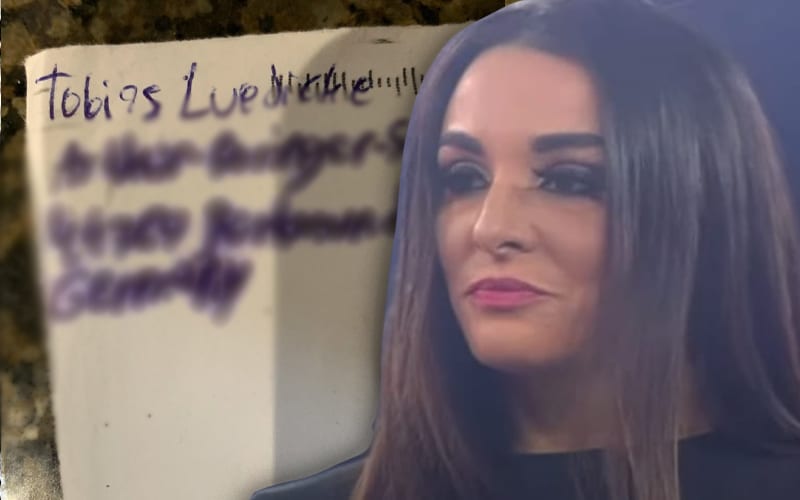 Deonna Purrazzo has a very passionate fan base, and most of them would never invade her personal space by sending something directly to her house. Some fans have different boundaries than most.

An obsessed fan from Germany, who Purrazzo and others have called out before, has struck again. This fan named Tobias recently sent another piece of mail directly to the Virtuosa’s home.

“And he strikes again…” Purrazzo wrote.

Hopefully, this over-zealous fan will get the message. This isn’t the first time that he was called out online for sending mail to someone’s home address, Jordynne Grace has received mail too.

Tobias is in Germany, and obviously a big fan of pro wrestling. There are still better ways to go about sending a message to your favorite wrestler.