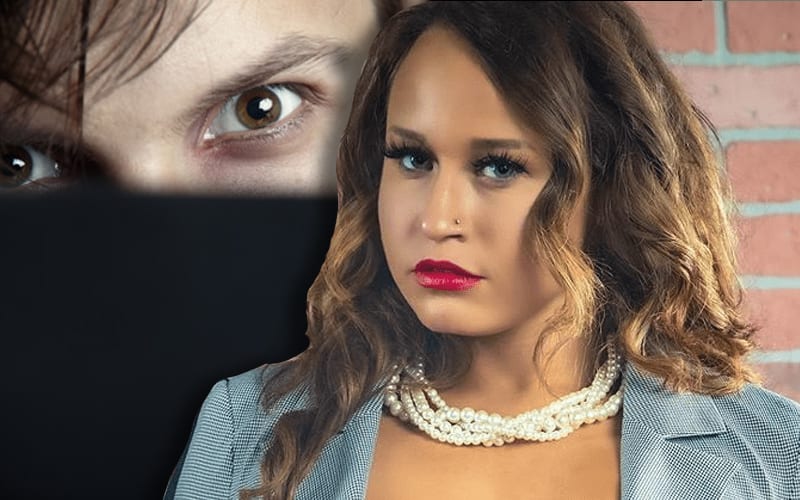 Impact Wrestling Knockouts Champion Jordynne Grace has a lot of fans. She is gaining popularity as her career continues, but Grace could use fewer fans like this one.

Grace tweeted out a rather troubling story. A fan from Germany keeps finding her family and sending them things in the mail. Jordynne Grace even moved and he found her new apartment in Baltimore.

The guys’ name is Tobias, so hopefully he gets the message. He seems like a super fan, so odds are Tobias will see Jordynne’s tweets. She isn’t shutting out her fans at all as she later provided a PO Box where people can send her mail.

Dude HAS to know how creepy this is, right? “Tobias”, hope you see this!

And as I said before, if you want to send me anything to sign (assuming it’s not on my website), feel free to send it to my PO box and I’ll mail it back for free!

This is an experience that a few pro wrestlers have experienced. Tobias is apparently known for doing this type of thing. It is a bit unsettling. Joey Janela inserted his perspective as he tweeted out.

It’s all part of being a notable human, you think the rock or Lady Gaga aren’t getting fan mail to their houses? Cmon

This fan seemed to go over the line with Jordynne Grace and many others. Tobias also mailed something to Grace’s fiance Jonathan Gresham’s mother, and that’s over the line.

Leva Bates, Veda Scott, and others chimed in saying that they can relate. Tobias tracked them down too.

Fans might want to send things to their favorite pro wrestler, but there’s an appropriate way to go about things. Fan support is always appreciated, but personal boundaries must be respected.