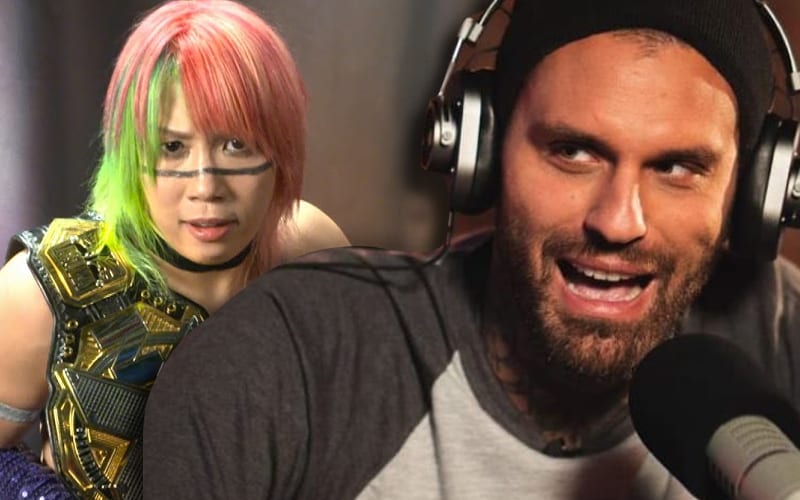 Asuka was a dangerous opponent in NXT. She was packaged as a serious wrestler from Japan, but that changed in a lot of ways after her call-up. The Empress of Tomorrow is still dangerous, but the edge has certainly left her character in a lot of ways.

During After The Bell, Corey Graves opened up about Asuka’s character. He misses the character she used to have. Things have changed for Asuka now, and she’s not on that amazing undefeated streak in NXT anymore.

“I really miss NXT Asuka. I got to call her rise, her undefeated streak. She was terrifying. I used to talk about it on commentary. I would make jokes about how Asuka scared me, but I was not joking.”

“She had this aura and magic about her and you heard her music and someone was about to get beat up. It was really cool. Over the past several weeks — and it sucks, I’m saying this as [she is] Raw Women’s Champion and I don’t mean to diminish that accomplishment. I just think this is an opportunity for Asuka to recapture that dominance and persona that inspired fear as opposed to… she has good matches, she likes to dance, and it’s funny when she screams in Japanese. I just want that woman who terrifies people.”

Asuka is still WWE RAW Women’s Champion, but nobody has stepped up to face her just yet. She still has the ability to turn things up when she wants to, and that would be a welcomed change for Corey Graves.