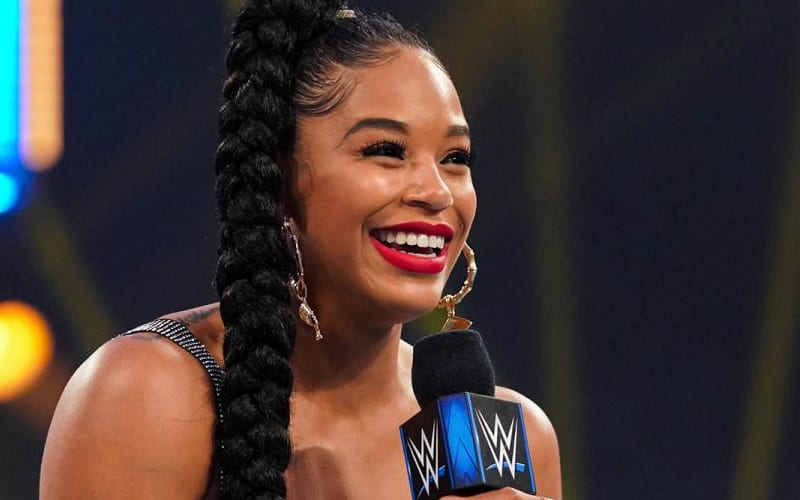 Bianca Belair made history at the Royal Rumble event, becoming the first Black woman in WWE history to win the Royal Rumble match. She has earned the right to face a champion of her choosing at WresleMania 37.

While speaking to ESPN’s Cheap Heat, Bianca Belair revealed her thoughts regarding a Hair vs. Hair match in WWE. Bianca noted how fans have been asking her whether she has any interest in that match.

Belair revealed that she is interested in the idea of a Hair vs. Hair match, stating that it would be great.

“People bring it up all the time and they ask do I ever think I’ll ever be a part of that. I think it’s pretty much inevitable because I mean, so much of who I am is my braid. I mean, she even has a name. Her name is Destiny, and it makes sense, right? So, and I think that it’s really fun to have feuds sometimes that aren’t always a part of the title picture and if I have a hair versus hair match… I ain’t gonna say it’s bigger than a title. A title is pretty big, you know? But, there will be a lot at stake and I think a lot of people could get very invested in it. I don’t wanna lose my braid, I don’t want to lose my hair. I think it would be great. I’d be down for it.”

It certainly would be interesting to see with whom she will have a Hair vs Hair match. Before that, we will have to see who Belair faces at WrestleMania.