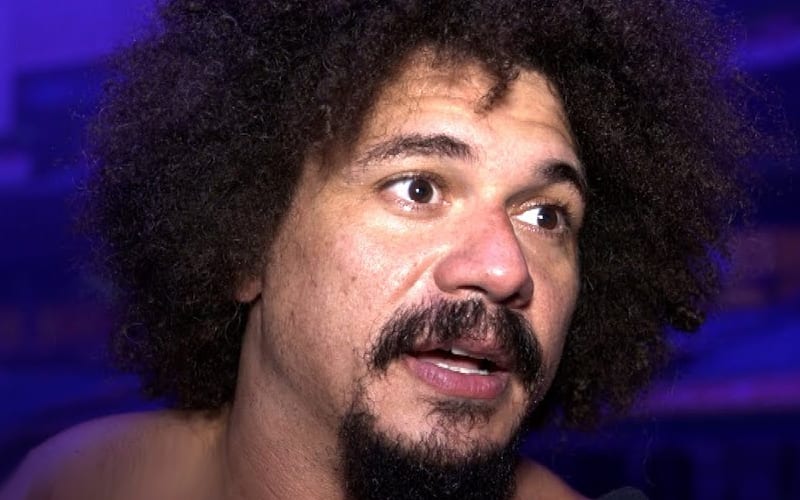 Carlito surprised fans by returning to WWE during the 2021 Royal Rumble match. Fans are still waiting to see when he he will come back and spit in the face of people who don’t want to be cool.

After the Bell recently sat own with Carlito for a very cool interview. When it comes to his WWE future, Carlito isn’t sure what to expect. He would love to come back if things can work out, because that was always his goal.

“As of now, I don’t know. We’ll see what the future holds. I don’t know. If the conditions are right, I’d love to be back. My whole goal was to go away, take a breather and come back.”

It was previously reported that Carlito was expected to sign a new WWE contract. It was considered a “formality,” but we’re still waiting to see what happens. The road to WrestleMania might be a perfect place for Carlito to show up and get into the mix as the company builds toward the show of shows.