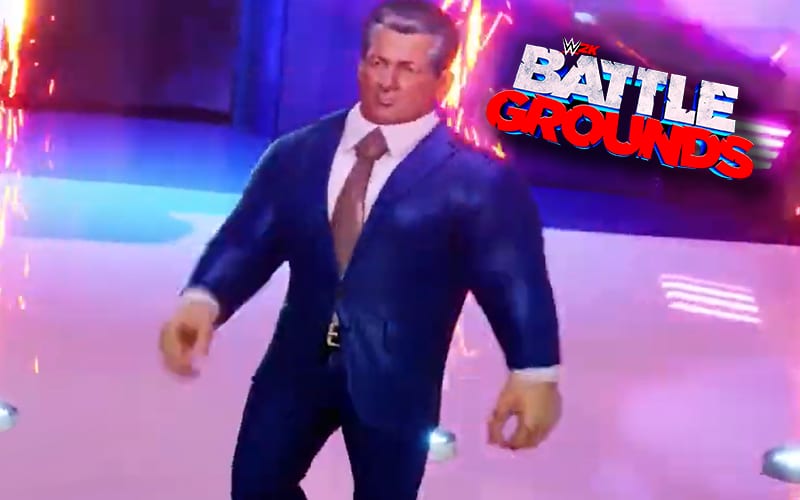 WWE didn’t get a traditional video game release last year. The 2k series took a hiatus while they concentrated on whatever happened to the last installment. Battlegrounds came at fans and presented a very different type of pro wrestling game, and now Mr. McMahon is getting in on the action.

A lot of fans complained about Battlegrounds’ microtransactions. Players have to spend real money, or play an ungodly amount of time, to unlock new characters. 2K released their next waves of downloadable characters, and there are some big names on the list.

Mr. McMahon is now available as a playable character on the February 10th wave of DLC characters. The design for his character is interesting, to say the least. They also really went all out with his signature strut.

McMahon will later be joined by Doink The Clown, Mr. Perfect, Vader, and Sonya Deville will be unlocked on February 17th as well. Sadly, Mr. Perfect passed away 18 years ago to the day of this writing.

You can check out the current schedule of Wednesday releases below.

It looks like WWE Battlegrounds will continue releasing new content on the road to WrestleMania. It is interesting that Bo Dallas will be unlocked on March 24th. Ringside News exclusively reported that he has been backstage recently, but nobody has anything for him.

The WrestleMania 37 arena will be unlocked just in time for the show of shows as well. We have to wonder what they’ll do with that pirate ship in Battlegrounds, a game that also features a hungry alligator at ringside in one level.

You can check out the new entrances below.