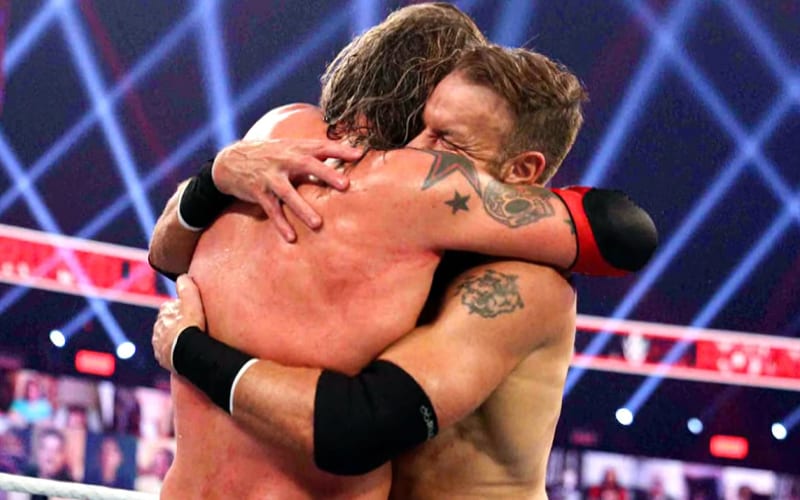 Christian surprised fans with his in-ring return at the Royal Rumble pay-per-view. Now that Christian is medially cleared to compete again, that opens up a world of possibilities. Edge was very happy to have his old friend back by his side during that match.

While speaking to WWE The Bump, Christian revealed how happy Edge was about his return to the ring. Captain Charisma stated that his return meant as much, if not more, to Edge than it meant for himself.

“That moment where we locked eyes and that smile. This was all spur of the moment stuff, you know. It was such a busy day for both of us we didn’t really have a chance to talk before we went out there, so it was like I think I had dropped Daniel Bryan and I looked up and [Edge] had a smile on his face.”

“In a weird way I think this meant more to him than it did to me. He’s always had my back and always wanted the best for my career. He’s one of the few who knew the grind, the hours, the time I was putting in to get back to this point. There were very few people who knew, and he was one of them obviously, I think it meant just as much, if not more, to him in a weird way.”

Christian’s next match has not been announced yet, but he will very likely perform in the squared circle again. Edge was obviously very happy for his old friend’s return to the ring and he was elated to share the ring with Christian once again.