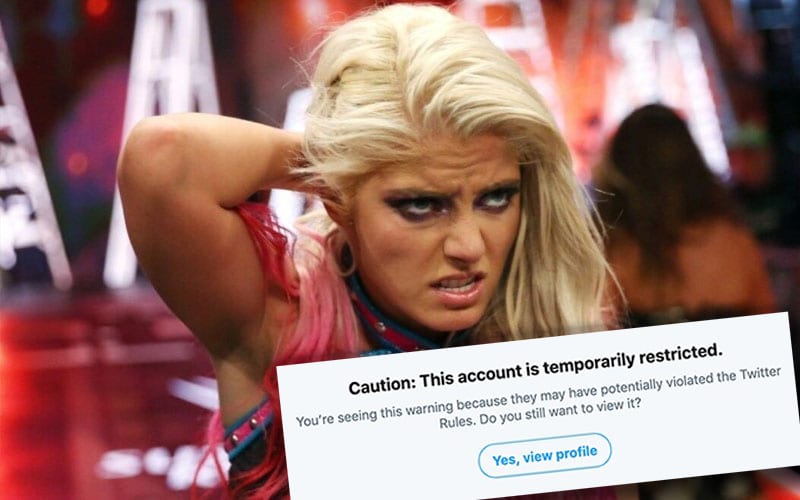 Alexa Bliss has been the target of an obsessed fan for quite some times now. Fans have cried out for something to be done about this situation and Twitter took action. The problem is that his sentence was not a long one at all.

The Albert Little 666 Twitter account was silent for twelve hours. Then it sprung to life once again and started throwing out more disgusting tweets.

The obsessed fan then tweeted out to let people know that his account was only restricted for twelve hours. After that time was over, he was allowed back on the platform. Albert Little 666 said that he will try to be “more subtle” with his tweets from now on.

Hey everyone I was restricted from twitter for 12 hours. I will try to be more subtle with my tweets. You guys have the wrong guy and you will never find me. Alexa bliss is my wife and you fans have to just face that facts. I’m not going anywhere stay tune you don’t want miss it.

Following his promise to be “more subtle” with his tweets, Albert Little 666 then tweeted out: “Hey Scarlett how about you join me with my wife Alexa Bliss and all three of us can create a real smoke show. I will not hot-shame you.”

We hope that this situation resolves itself without any harm coming to anyone. This obsessed fan obviously needs help, but Twitter’s punishment apparently wasn’t enough for him to learn a sufficient lesson.