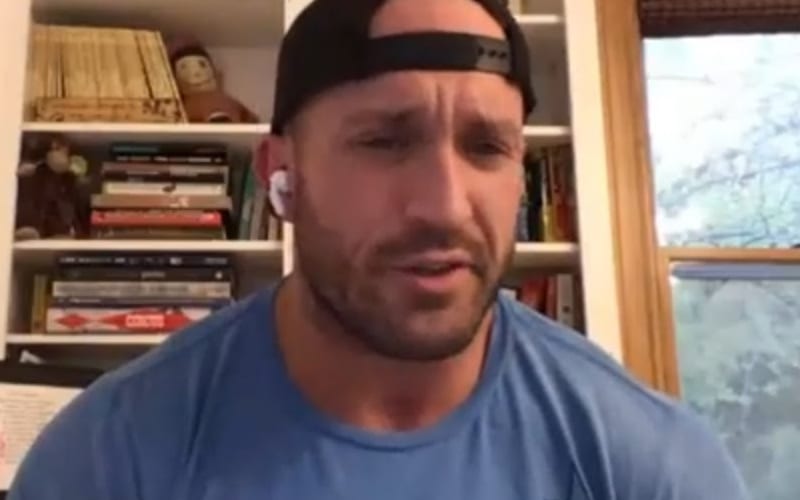 The Undertaker was subjected to a lot of controversy after he shared his views on the modern-day pro wrestlers, stating that they aren’t as tough as those from previous eras of pro wrestling. The Deadman also mentioned how it was difficult to watch the current product was it was too ‘soft’ for him.

Several pro wrestlers from various eras and companies have already shared their thoughts what The Deadman said. Now it seems a former WWE Superstar has given his take as well.

While speaking on the Wrestling With Awareness podcast, Mike Bennett disagreed with The Undertaker and said that the talents are not responsible for making the product soft. He added that pro wrestlers get reprimanded for going off script in any way.

Bennet noted that it was likely a generational gap and The Undertaker not understanding the current generation of professional wrestlers.

“You know, so first and foremost, I have the utmost respect for Undertaker. I always have and he was one of my favorites growing up. He was nothing but kind to me anytime I interacted. I didn’t interact with him a lot at WWE, but every time I did, he was great. My issue is, his problems seem to come at the talent and say that it was their fault that the product is soft. I can promise you that the talent has zero input on the product that gets put out. They get told what to do, if they go off script they get yelled at, or they get punished. It’s not the talent.

“The talent has always been ready and willing to do whatever is asked of them and most of the talent have had far more success on the independents, doing what they normally do, than when they get to WWE and they get watered down. They get told to do this, and do that, and do this. I do, I understand where Undertaker’s coming from. It’s just, from what I see it as, it’s just a generation gap. It’s a difference. We as the professional wrestlers of my generation, we look out for each other. We have each other’s backs. We understand when the company’s trying to screw us or not screw us or this and that, and I don’t think the guys are soft.”

“And I don’t think the guys are soft and… like my wife is very close with Michelle McCool and having that interaction there, I don’t think Undertaker was trying to be disrespectful. I think it’s just a generational thing. I think it’s his mindset of, ‘Well, this is the way we did it. They’re not doing it this way so it must be wrong’ as opposed to someone like Mick Foley, who’s adapting and understanding the way professional wrestling is evolving. Or someone like Edge, who’s helped out so many of the younger guys and understands where wrestling is evolving. So, I don’t think it was a disrespect thing from Undertaker, I just think it was a generational gap and not understanding this generation of professional wrestlers.”

Since his WWE departure, Mike Bennett made his return to ROH. He is currently teaming up with Matt Tave and is engaged in an angle with Vinny.