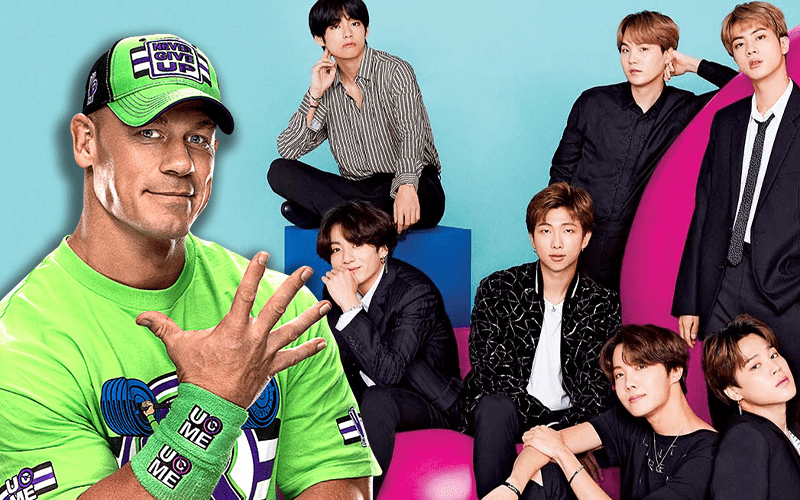 John Cena is a huge fan of BTS and it turns out that they might be fans of his as well. This is mind blowing for Cena.

The super famous group BTS were asked by Jimmy Fallon who they want to meet. John Cena was their pick, and they sang an improvised version of John Cena’s famous entrance music.

They said that Cena is a big fan of theirs and they are a fan of his. So, they want to meet up sometime.

Cena tweeted out a reaction to a video from Jimmy Fallon where BTS said they are WWE fans. Along with some “mind blown” emojis, Cena said that he hopes to meet the K-Pop mega group someday.

Pardon my language but HOLY SH*T!!! ⁦@jimmyfallon⁩ as if I couldn’t love you any more!! ⁦@bts_bighit⁩ ⁦@BTS_twt⁩ are huge ⁦@WWE⁩ fans!!

This is big news for many reasons. BTS are very influential and have millions of fans around the world. That is just the kind of thing that WWE needs.