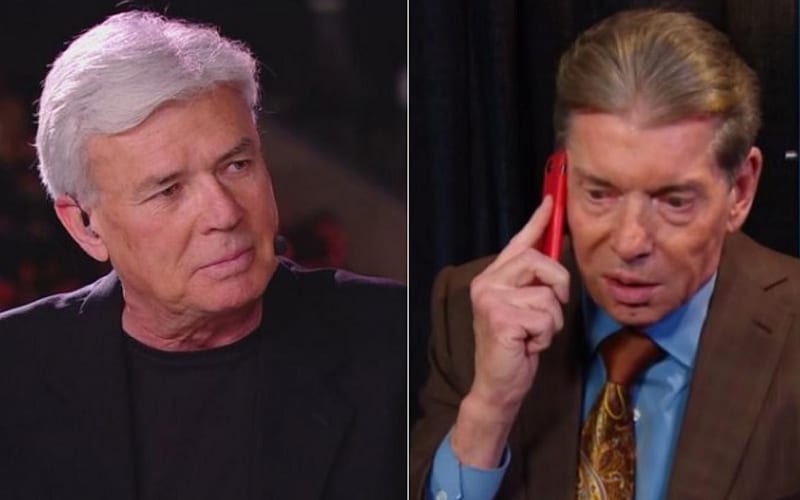 Vince McMahon has the last say in anything that goes on in WWE. His decisions over the years regarding storylines and the improper booking of Superstars has drawn the ire of many fans.

Several fans have been saying McMahon is out of touch with the pro wrestling world and should retire. While speaking to Michael Morales Torres of Lucha Libre Online, Eric Bischoff was asked about whether Vince McMahon is still capable of writing good stories.

Bischoff said that he certainly thinks Vince McMahon is capable of pulling a rabbit out of his hat and create something spectacular.

“Well, I think so. I think so but I think the WWE business model has become so much more complex. And just the sheer volume of wrestling that WWE produces has changed the creative process dramatically. So, it’s hard for me to comment. I certainly think at any given point Vince McMahon can pull a rabbit out of his hat and create something very spectacular. So I think Vince McMahon has clearly his demonstrated a tremendous amount of creative horsepower and intellect.”

Bischoff returned to WWE as the Executive Director of Friday Night Smackdown back in 2019. However, he was released from the position a few months later due to creative differences.