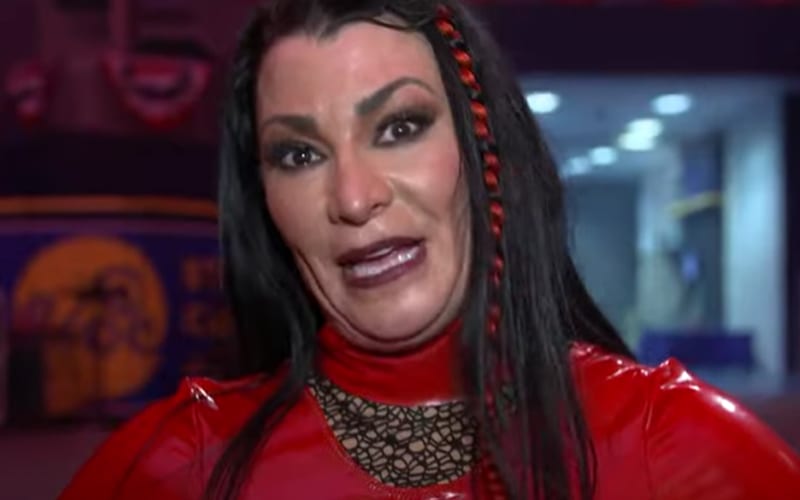 Former WWE Superstar Victoria made her shocking return during the Women’s Royal Rumble match at the Royal Rumble pay-per-view. She came out as the #10 entrant in the match and had an excellent showing during the match, which impressed many. She was ultimately eliminated by Shayna Baszler.

It seems her preparations for the match did not go as well as she had hoped. While speaking on the GAW Podcast, Victoria revealed she did not have much time to prepare for the Royal Rumble match.

Victoria only had a couple of weeks to get into shape for the match and noted that she was afraid of looking like a sack of potatoes.

“I was blown up! I was out of breath because I got the call two weeks before the Rumble, and you can’t get in ring shape in two weeks. It’s just impossible. I bought a recumbent bike. A recumbent bike. I’m sitting on my butt pedalling going, oh my god, I don’t want to look like – as Mickie would say – a sack of potatoes coming out.”

Victoria had earlier hinted at making a WWE return as the two-time WWE Women’s Champion mentioned that she will get Shayna Baszler next time.

We will have to see what is next in store for Victoria.