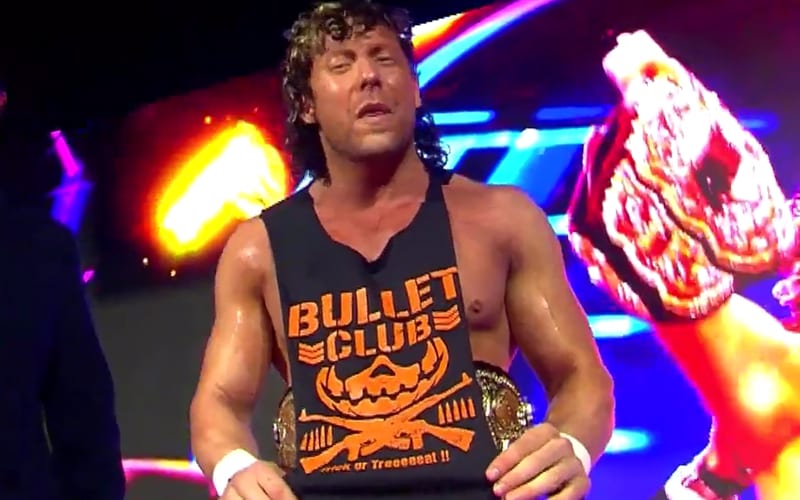 Kenny Omega made his in-ring debut for Impact Wrestling at Hard To Kill, but he wasn’t wearing an AEW t-shirt. Instead, he was sporting a Bullet Club t-shirt, but that was not given the green light from the current Bullet Club.

Rocky Romero recently spoke to the Wrestling Perspective and he made it clear that Omega wearing BC merchandise on Impact Wrestling’s pay-per-view was not approved beforehand. In the end, it helped with t-shirt sales, so it was eventually forgiven.

“They didn’t get the OK to do that [wear Bullet Club merchandise]. They did not. It was a little strange for a second. I think it’s OK now, but it was kind of out of left field. I think everyone was just a little taken back for a second, but I mean either way I’m sure it was good for Bullet Club shirt sales. So, I mean it all worked out in the end.”

The pro wrestling world is a very interesting place, especially where copyrights are concerned. A lot of people might take great exception to the idea of wearing a stable’s logo without their permission. That apparently took place at Hard To Kill. Now that AEW and NJPW have a working relationship then the Bullet Club can do something about it.