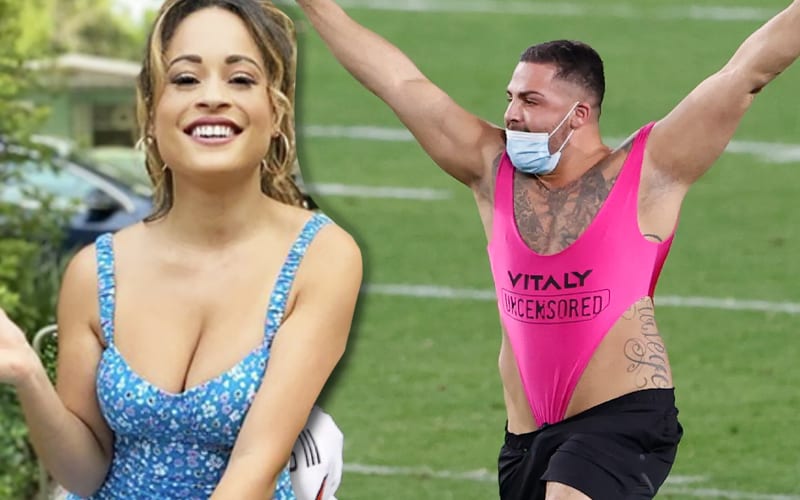 The Super Bowl went down last night and it was an action packed game between the Tampa Bay Buccaneers and Kansas City Chiefs. The game went down without a hitch, for the most part. There was a streaker incident, but they were able to handle him.

Kayla Braxton was watching the Super Bowl go down, and she seemed inspired by that brave man’s public display. He didn’t make it off the field without being tackled, but that’s the idea when you’re on the gridiron.

The WWE The Bump host tweeted out to say that it is her new goal to become a Super Bowl streaker some day.

I wanna be the Super Bowl streaker when I grow up.

Kayla Braxton is already 27-year-old, so she might be old enough to try her hand at becoming a Super Bowl streaker. It would certainly be an interesting addition to the NFL’s big game if the Talking Smack host stripped down and took a run during the NFL’s biggest game of the year.