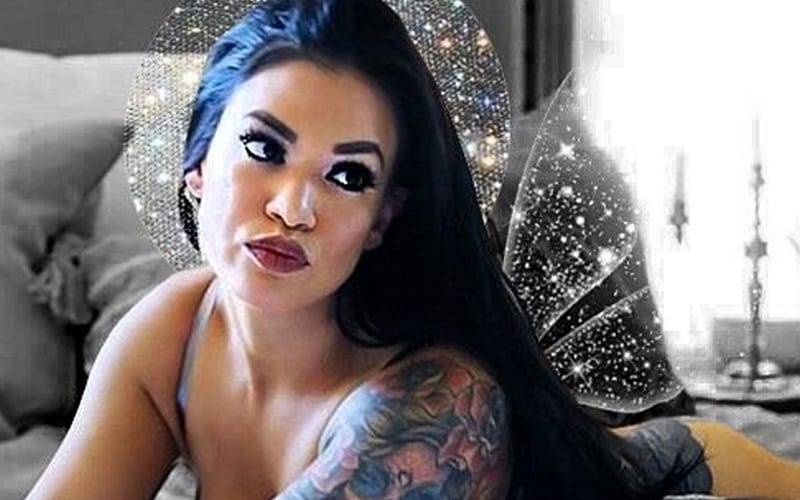 Shaul Guerrero is daughter of Eddie and Vickie Guerrero. That came with a lot of pressure, especially when she wanted to follow in her family’s footsteps and enter the pro wrestling world.

Guerrero was with WWE from 2010 to 2014, but she never made it to the main roster. Shaul was in FCW, and she was a part of the roster when the brand morphed into NXT. Her time in NXT wasn’t met with a ton of screen time despite her recognizable last name and natural ability on the microphone.

While speaking to Wrestling Inc, Shaul Guerrero explained how WWE paid for her three-month stint in rehab for eating disorders. This was a break she needed, but it didn’t totally fix her issues. When she got back to the daily grind of taking bumps, Shaul asked for a bit of a lighter schedule. This is when she says the company released her.

“I’ve always had an eating disorder ever since I was younger, and maybe I wasn’t very aware of how being involved in a company, it’s the top tier. It’s the biggest company in the world,” Guerrero stated. “There’s a lot of pressure in general for anyone that walks through the door, let alone a woman, let alone a Guerrero, and the first Guerrero woman that is going to be used for in-ring abilities full-time. So it was really intimidating. I clearly wasn’t handling the pressure very well, and I was lashing out using an eating disorder to kind of cope with those feelings.”

“And Joey Mercury, one of my coaches at the time and Rob McIntyre, the really wonderful wonderful weight training coach that we had at the time, noticed I was doing very poorly mentally and physically, and they had me go into rehab. And WWE completely covered my rehab. I was in there for 3 months in-patient treatment, and I left initially because I still didn’t have a grasp of how I can maintain good health, especially a new found health. I’ve had this eating disorder since I was 10. It’s going to take longer than three months for me to rework how I think about myself, let alone what people expect from me as an entertainer.”

“So I left for a year to try and get better, felt a lot stronger, came back to WWE and I needed a little break when I was there. We bump Monday through Friday and then we have shows Friday and Saturday, and you get one day off. That’s a lot on the body, and I’m not going to lie. I couldn’t keep bumping the way I was bumping, and I asked for a little time to heal. They said I was going to be okay. ‘Don’t worry, you’re such a strong mic personality.’ I was also learning how to do commentary. I was doing all the things on the mic, but for some reason, that next week, they let me go, so I don’t know. I don’t know what their reasonings were, but I’m really happy that I’m where I am now, and it’s made me a lot stronger as a person and made me grow a lot.”

Shaul Guerrero has since worked for Women of Wrestling as a ring announcer. She was also brought into AEW to announce their Women’s Tag Team Cup Tournament. We’ll have to see where Shaul Guerrero appears next, but she seems okay about how things turned out with WWE in retrospect.