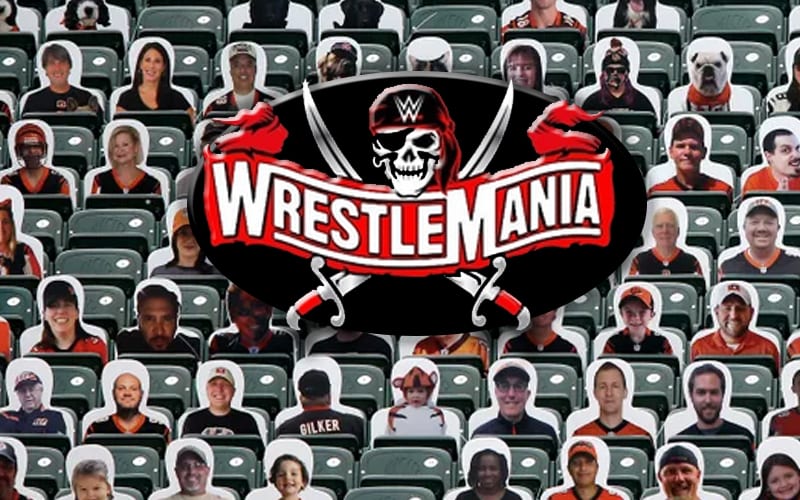 Super Bowl LV is going down tonight at Raymond James Stadium, the future home of WrestleMania 37. The company might borrow a tactic that the NFL is using to beef up the crowd in a social distancing environment.

According to Wrestle Votes, WWE might strongly reconsider the idea of placing cut-outs all over Raymond James Stadium since it looks so great at the Super Bowl.

With the Super Bowl tonight at Raymond James Stadium -home of WrestleMania 37 in 9 weeks- so far, WWE has been against the idea of filling the “empty” seats w/ cutouts as the NFL has done. I assume that decision will be discussed again now as the stadium looks great. #SuperBowl

We previously reported that WWE wants to have more fans in Raymond James Stadium for WrestleMania than they are able to get in for the Super Bowl. They might also fill in some of those empty sports with stand-ins to make it look a lot better on television.