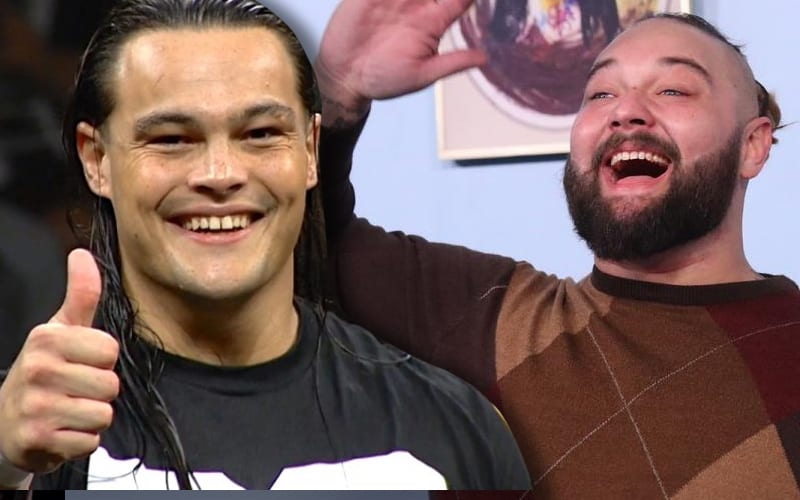 Bo Dallas hasn’t been seen on WWE television since December, 2019. He told fans that he was going on a life-changing expedition, but he has yet to return. Things were almost very different for Dallas in WWE.

Arn Anderson opened up on his Arn podcast to tell a story about how Bo Dallas nearly ended up in the Wyatt Family. Dallas and Wyatt are brothers in real life, and this seemed like a union that would make sense. Of course, things didn’t turn out the way that way and they picked different people to follow the buzzards with Bray Wyatt.

“I pitched a deal where you brought [Bo Dallas] in with the Wyatts, and you told him who he was. He was Bray Wyatt’s brother, and he was Mike Rotunda’s [IRS] son, and you know, do a deal where, let’s just say that Mike came down during one of Wyatt’s matches in his capacity as a producer was trying to break up a fight that let’s just say, Big Red and Brodie Lee, they dropped Mike and for the first time you had Bray Wyatt, you know, who, other than join in what was going in with the other two Wyatts, he pulled them off and said, ‘Not him, not him.’ Now you’ve found out that he is the son of Mike Rotunda because I don’t think that it was 100 percent everybody knew that.”

“Now you have the Wyatts back off, and Bo would be introduced like the babyface other brother, who he really is. You put him there with that group, and you’ve got all these monsters with these foot-long beards, and there you’ve got this babyface who is Bray Wyatt’s legitimate brother, and you know, he’s standing over here, and it would just open up different avenues to give the kid a chance to get started and in the mix with top talent. You could have went anywhere with that. Just as an example. I know that’s long-winded, and it was just something that was pitched, but it would have given him a better launching pad than having him run around with a Bolieve sign.”

WWE obviously didn’t want Bo Dallas in a stable with his real-life brother, but it would have made sense. That just wasn’t in the cards.

Ringside News exclusively reported that Bo Dallas has been backstage at WWE events in recent memory, but he hasn’t been used. That long wait for his return could take longer than anyone would have guessed. Hopefully, when it happens it will be worth the wait.