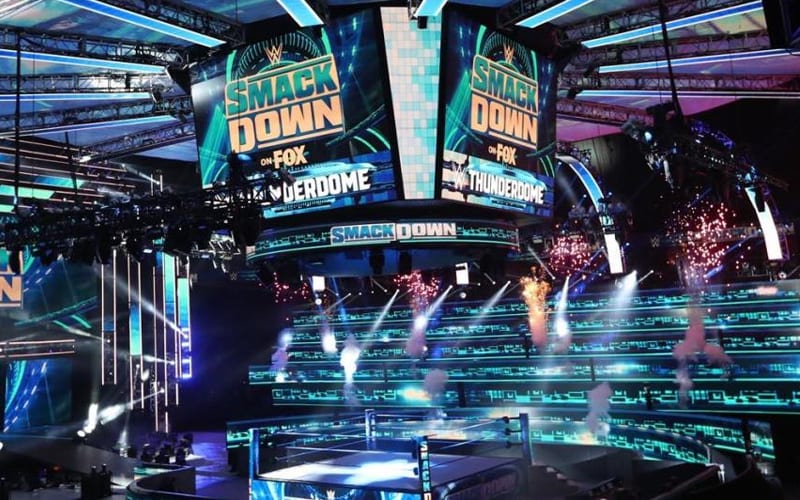 WWE found a home in Tropicana Field after they left the Amway Center. The ThunderDome isn’t going away any time soon, but WWE might need to find a new home for their virtual fan environment soon enough.

The company needs to be out of Tropicana Field by mid-March, but they could run into a situation that would allow them to stick around. The Wrestling Observer Newsletter noted that the next baseball season might get pushed back.

WWE was going to have to leave Tropicana Field in mid-March so they could get the field ready for baseball season. However, if the next baseball season ends up being pushed back, they may not have to move until a later date.

It was noted in the fourth quarter 2020 earnings call yesterday that the company doesn’t plan on holding ticketed events once again until at least the second half of 2021. We’ll have to see how rapidly those plans can come together.