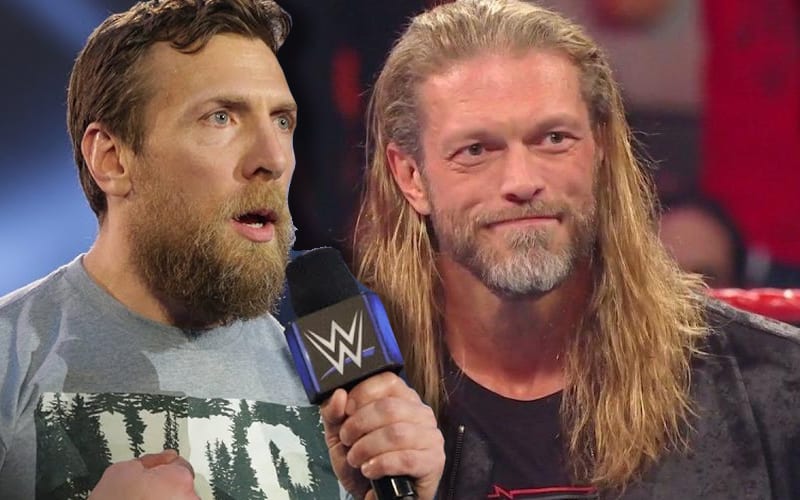 Edge and Daniel Bryan are both members of the WWE creative team. This could lead to a creative vs creative match down the line.

Daniel Bryan and Edge are both in very different positions as they head on the road to WrestleMania 37. Edge just won the Royal Rumble match and Daniel Bryan is still fighting away from his usual spot.

According to the Wrestling Observer Newsletter, Edge is pushing for a match against Daniel Bryan later this year.

It is unknown how WWE would make Edge vs Daniel Bryan happen since they are on different brands. That kind of thing can easily be worked around with a line in the script to explain a temporary brand jump.

Edge vs Daniel Bryan could be an amazing match, and we’ll just have to see what the future holds.