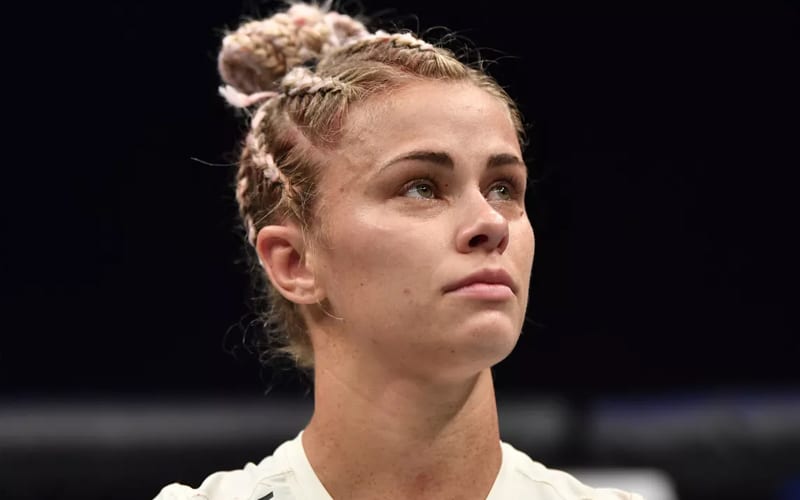 WWE is always looking for big crossover stars who can bring a lot of attention to the product. Paige VanZant has an open door now if she wants to give WWE a try.

While speaking to Insight with Chris Van Vliet, Paige VanZant confirmed that she has been to the WWE Performance Center and she was able to get a sense of how they operate in Orlando.

“Yes, I have visited their campus, the Performance Center in Orlando. I was able to go visit and look around and kind of get a sense for what it’s all about.”

There has been communication between the two sides and there is also interest there. At this point the lack of free time has hindered VanZant from taking WWE up on that deal.

“Communication is actually there sometimes so we’re able to communicate and show our interest with each other and once there’s a little bit more free time in my schedule I think that’s something that I would like to really pursue.”

Paige VanZant said that there is interest in going to WWE because it’s the “best of both worlds.” She loves to entertain and WWE would certainly afford her that opportunity.

“I do. I get asked about WWE a lot and I do feel like it’s something I would be very good at because I kind of have the best of both worlds; I was a dancer where I was used to the entertainment and the showmanship side of it and the combat sports side obviously goes into the WWE. You know, I don’t think that it’s something that I could do both (Bare Knuckle FC and pro wrestling) at the same time. I feel like I would want to do that 100%, so maybe it’s something that after I’m done fighting in a cage and in a ring that maybe I’ll go over to there but the door is definitely open.”

This is a very interesting situation and it could lead to another high-profile UFC acquisition by WWE. It appears that they are only talking about the opportunity right now, but that is a good start.